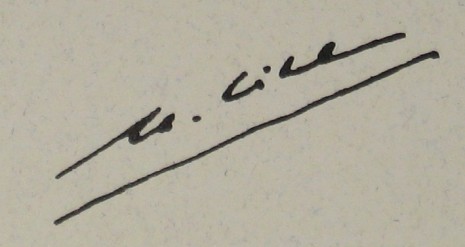 Two Decades On, Constitution Fails to Live Up to Promises

The atmosphere in Phnom Penh 20 years ago today was one of jubilation and optimism as then-Prince Norodom Sihanouk signed Cambodia’s new Consti­tution into law and reclaimed the throne as King.

The promulgation of the Constitution—which marked the end of the U.N. Transitional Authority in Cambodia’s (Untac) mandate in the country—also signaled the close of the formal peace process after almost two decades of civil war, and the creation of one of the more outwardly liberal political systems in the region.

The significance of the event was not lost on the newly crowned King as he emerged from the Royal Palace to meet the crowd of more than 4,000 that had gathered expectantly during his coronation.

“It is indisputable that as of today, our beloved Cambodia and people possess the most democratic and most liberal Constitu­tion, which places our country in the ranks of the most authentically democratic countries in the world,” he said at the time.

Untac chief Yasushi Akashi, pointing to the democratic and constitutional system put in place by the representatives elected in the May 1993 election, gave the U.N.’s mission in Cambodia “nine out of ten” marks.

Twenty years on, however, the question of whether the Constitution has lived up to its promise of creating a multi-party, liberal democracy remains open to debate.

For Son Soubert, who served on the 12-person committee that drafted the Constitution between July and August 1993, the document has failed to deliver on its promise of the rights to freedom of expression, assembly and a multi-party democracy due to the failure to promptly create an independent arbiter to keep the government’s decisions in line with articles in the Constitution.

“The essentials for democracy are in the Constitution, but the im­plementation has been completely diverted from its goal,” Mr. Soubert said from France on Monday.

Mr. Soubert explained that the presence of an autonomous and independent arbiter of the Constitution from the day of its promulgation could have prevented incidents such as the ousting of First Prime Minister Norodom Ranariddh during the bloody factional fighting in 1997 and the ruling CPP’s near unchallenged control of the country since that time.

“The Constitutional Council should have been created in 1993 but the government waited until 1998,” he said.

The absence of such a higher institution in Cambodia has been particularly damaging for the chances of ensuring citizens’ rights and open elections, as stated in the Constitution, particularly given the lack of an entrenched cultural and national myth surrounding the rule of law, said Carlyle Thayer, a Southeast Asia expert at the Australian Defense Force Academy in Canberra.

“Even in a political culture where they respect the Constitution, like the U.S., they need a Supreme Court that can rule on disputes, so people can accept the ruling,” said Mr. Thayer, who served as an Untac observer during the 1993 election.

“The Constitution set up a liberal democracy…but a written document takes more than that—it takes independent and autonomous institutions, and if your judiciary and executive aren’t independent…the Constitution is going to struggle.”

Sok Sam Oeun, a prominent lawyer who heads the Cambodian Defenders Project, a free legal aid NGO, agreed that the Constitution has not lived up to the democratic promise envisioned by King Sihanouk. The reason, he explained, was the subsumption of the Constitution into the one-party politics of the nation.

“In the U.S., the Supreme Court can rule on the Constitution, but here the Constitutional Council is not a court, and the members are not judges—they are politicians,” he said. “If it was a court, they would focus on law, but here [in Cambodia] they only focus on political influence and favor to the stronger party.”

For Prince Sisowath Sirirath, who led Funcinpec’s delegation of six on the constitutional drafting committee, the biggest be­trayal of the Constitution and the new political system it ushered into place has been the unwillingness of Prime Minister Hun Sen’s CPP to forego the habits it learned as a one-party state in the 1980s and to open up the state, as promised, to competing voices and visions.

“This is nowhere near the democracy envisioned. This nation is now a ‘guided’ democracy…you can watch the TV stations run by the CPP, and they just discuss and exchange ideas among themselves, they don’t invite others in,” he said.

“At the time [of drafting], everybody felt very enthusiastic…there was a sense of unity as one people —separated by war but now to­gether again as the nation of Cambodia,” he continued. “The King Father had told us to work together—to not look back at the things that divided us. It was part of a new outlook at that time. We had no fears about the CPP, and the CPP had no fears about Funcinpec.”

Prince Sirirath added that the blame was as much on Prince Ranariddh as it was on anyone in the CPP.

“Funcinpec had the wrong leader in Prince Ranariddh,” he said. “He was not interested in implementing the Constitution…. Once he entered Phnom Penh City and became first prime minister, he just stopped there.”

Opposition CNRP president Sam Rainsy, who also served as a Funcinpec member on the constitutional drafting committee in 1993, labeled today a “sad anniversary” and called the Constitution a “big disappointment.”

Mr. Rainsy said that while Article 1 of the Constitution specifically calls for a multi-party system, the hopes provided by the Constitution for a break with the communist political system of the 1980s were quickly rendered dead in the water.

“[The CPP] started with a coup to physically remove their opponents, killing hundreds of Funcinpec officers and securing that there will be no powerful military opponents,” he said of the 1997 fighting.

“Then they put in place an election system which is very effective in keeping them in power.”

CPP lawmaker Cheam Yeap, who served as one of the five CPP delegates on the constitutional drafting committee, said that the past two decades of constitutional monarchy had been an impressive story of development.

“We have succeeded a lot,” he said. “We have made progress in economic growth and we think about the people’s future, which is mentioned in the Constitution.”

Mr. Yeap said that the government of Mr. Hun Sen had always followed the Constitution in passing some 400 laws since the adoption of the document.

Independent political analyst Chea Vannath, who in 1993 worked as a translator for Mr. Akashi, the head of Untac, said that while day-to-day running of government often appeared to follow the Constitution, in reality the document plays little role in governing affairs in the country.

“For example, it talks about the separation of powers, of the executive and judiciary,” she said. “Of course, we have those three institutions, but in reality they are not working as checks and balances against each other, which is against the spirit of the Constitution.”

Ms. Vannath said that democracies are ultimately not forged in meeting rooms by delegates such as Mr. Rainsy, Mr. Yeap and Prince Sirirath, and instead emerge organically—and slowly—as the result of the growing empowerment and de­mands of the governed classes.

“Democracies are based around the struggle of the people, and over the last 20 years, people have started to take up the values of the democratic process and put them into their lives,” she said, pointing to the surging workers’ and wom­en’s rights movements in Cambodia, and the surprising results for the opposition in the recent national election.

“Twenty years after we put it in writing, and put the books on the shelves, democracy is now taking root in Cambodia—slowly and sweetly,” Ms. Vannath said.