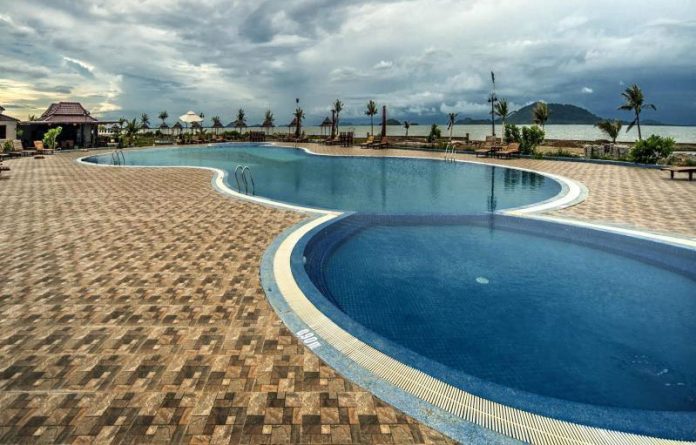 Two boys drowned in the same hotel pool in Kep City just two hours apart over the Khmer New Year holiday last week, according to local authorities, who have set up a committee to investigate the deaths.

Provincial police chief Oeng Sam Ol said the victims—a 6-year-old from Kompong Speu province and a 17-year-old from Phnom Penh—had been staying with their families at the Rock Royal Hotel & Resort and drowned in the outdoor pool on Wednesday.

“The [young] boy drowned at about 6 p.m. and two hours later, the teenage boy drowned, too,” he said, adding that their bodies were discovered by hotel staff after each incident.

“We questioned 12 employees, including the managers, but we have not arrested anyone yet; they said they knew nothing about how they drowned,” he said.

Mr. Sam Ol said he sent the case to the Kampot Provincial Court on Thursday (Kep province does not have its own courthouse) and had asked the prosecutor to have the pool temporarily closed.

Provincial governor Ken Satha on Sunday confirmed that the pool had been closed, and said the case was also being investigated by an ad hoc committee that included police, military police and provincial government officials, as well an expert pool builder.

“We created the committee to investigate the case. Tomorrow, those officials will go to check if the pool has safety precautions or not,” he said, adding that the Rock Royal should have had at least five staff roaming the hotel’s premises over the busy holiday. Mr. Sam Ol, the police chief, said no one had been supervising the pool during either drowning.

He said the boys’ families filed complaints with police on Thursday and that the hotel should compensate them.

According to the governor, two or three other people had also drowned in the same pool in the past two years.

A receptionist at the Rock Royal claimed ignorance of the latest deaths and refused to provide contact information for any of the managers.