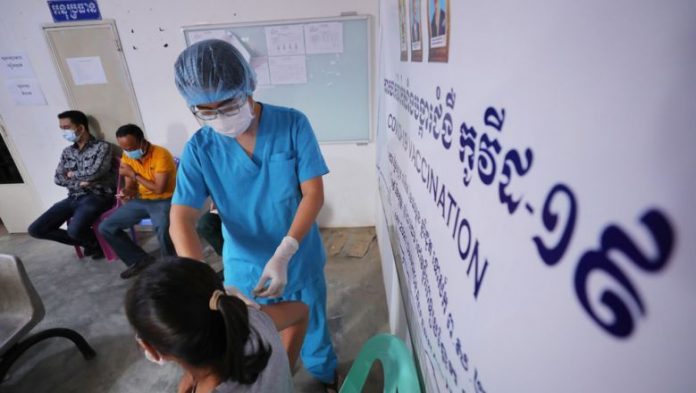 A truck transporting garment workers to their factory flipped onto its side in southeastern Cambodia Friday morning, leaving 44 people wounded, the National Police reported.

The accident happened on National Road 1 in Svay Rieng province’s Bavet city when the truck’s driver was trying to avoid a collision with a bus coming from the opposite direction and veered off the road, causing the vehicle to overturn.

“Forty-four out of 55 workers aboard the truck were injured, and four of them sustained serious injuries,” the National Police said on its website.

Previous articleTwitcher tours: why birdwatching in Cambodia is expected to take flight in a post-Covid world
Next articleCambodia’s law on COVID-19 control takes effect