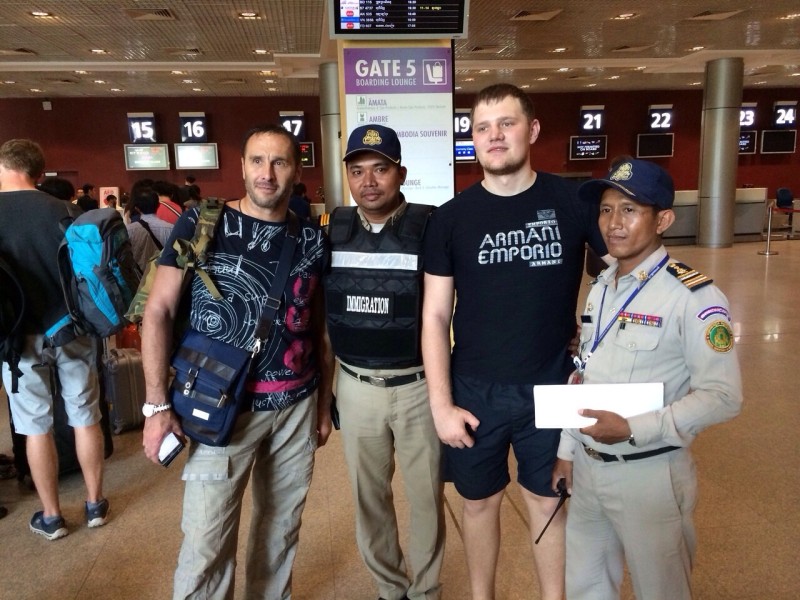 Three of Russian businessman Sergei Polonsky’s associates were deported on Friday for not having passports and for threatening national security, an immigration official said.

Mr. Archakov was part of an initial group of five arrested with Mr. Polonsky on Koh Damlong is­land—one of eight islands the former billionaire owns off the coast of Sihanoukville—while the other two were arrested for attempting to “rescue” Russian businessman last Saturday, said Major General Heisela.

“When we deported them we also put them on a blacklist so they cannot come into Cambodia again until the Interior Minister gives permission,” Maj. Gen. Heisela said.

The immigration official accused Mr. Polonsky and his group of involvement in criminal activities, possessing illegal weapons and staying in the country illegally.

“All Cambodians in Sihanouk­ville were afraid of them. Were we meant to wait for them to make war before we took action against them?” he asked rhetorically.

Maj. Gen. Heisela said that plans were not yet in place to deport the remaining five men being held at the immigration department.

“We have no exact schedule to deport any others yet…but they will have to buy the flight ticket themselves and if they don’t they can live longer at the general immigration department,” he said.

“We are working to investigate any crimes related to Mr. Po­lonsky, so all evidence we will keep,” he said.

When asked what authorities plan to do with Mr. Polonsky’s islands off the coast of Preah Sihanouk province, governor Chhit Sokhom said a decision would be made during consultations between the Ministry of Tourism and other government officials.

“Now I am trying encourage the Tourism Ministry to start deciding what to do with those islands and continue to discuss with government regarding who will own [them],” he said.

“We are patrolling to protect the property and we will only ask our officials to leave once we receive orders from higher officials,” Mr. Sivutha said.