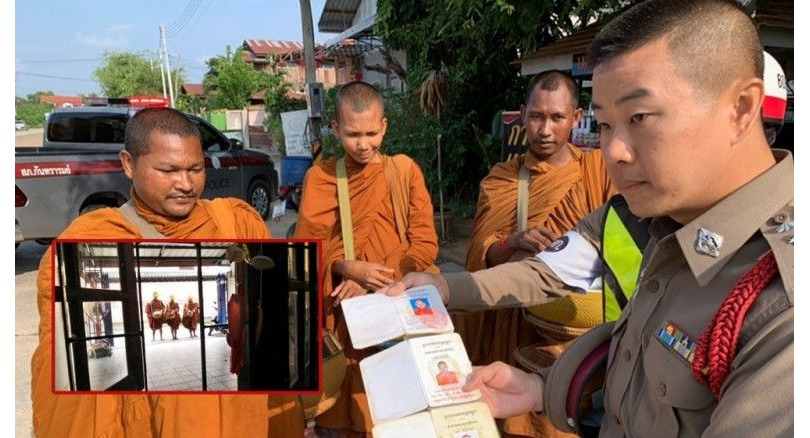 Three monks deported to Cambodia after complaints of donation pressures

Police deported three monks back to their home country of Cambodia this week after the monks reportedly stood outside a local resident’s home in Si Sa Ket province on numerous occasions this week so as to pressure the homeowner to make cash donations to them.

The unnamed Kanthararom district homeowner, having had enough of the alleged pressure, posted his experience to the Facebook community page “Si Sa Ket Today” and claimed that he felt uneasy and unsafe.

Many social media users questioned whether the three were real monks, while others shared their tales similar encounters.