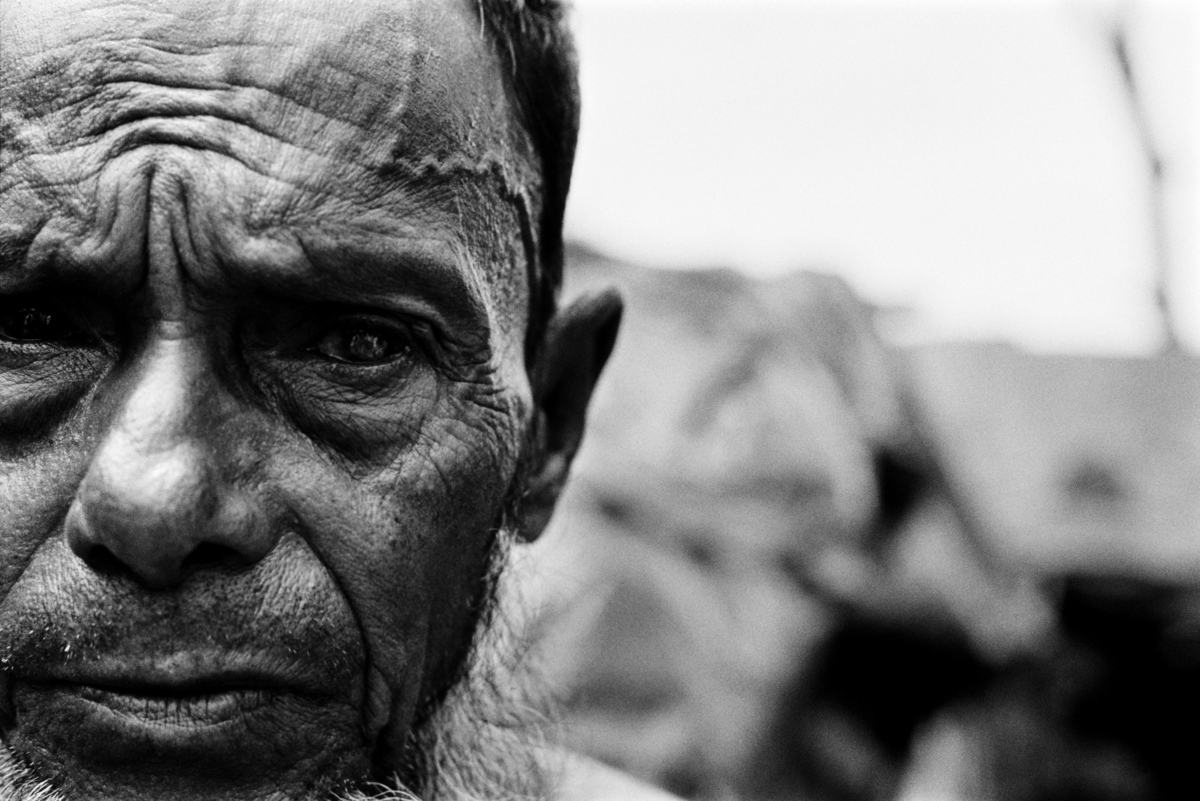 The Plight of a People in Black and White

Unwanted by their own government, violated and loathed by their neighbors and stripped of their citizenship, 300,000 Rohingya, a Muslim minority from Burma, have resettled in neighboring Bangladesh. Their refugee camps were meant to be temporary, but, for some, have served as a home for over 20 years.

The fate of the Rohingya, said photographer Greg Constantine, is today’s most extreme example of statelessness, and despite the past years’ attention on the ethnic conflict, nothing has changed for the better.

Since 2006, Mr. Constantine has been traveling to Bangladesh to document the life and suffering of the Rohingya.

“When I first went, I was shocked that so little attention was given to the Rohingya by journalism and the humanitarian world and so I decided this was a story I wanted to dedicate a lot of time to,” Mr. Constantine said this week from Bangkok.

During a total of eight trips, he has met certain individuals again and again and captured the despair of their situation in black and white photographs that have been featured in magazines and newspapers such as The New York Times, Wall Street Journal and many others.

“The essence of the Rohingya only comes out by going back several times and peeling away layer after layer. It’s such a shocking story,” he said.

This Saturday, Mr. Constantine will give a presentation at Metahouse in Phnom Penh, where he will speak about his experience with the Rohingya and show pictures featured in his book “Exiled to Nowhere: Burma’s Rohingya” which is available at Monument Books.

“They have been denied to call any place their home since 1982,” when the Burmese government stripped them of their citizenship through a new constitution, making 800,000 people stateless.

Many of them now live in formal and informal refugee camps in Bangladesh, one of the cheapest countries for labor worldwide, where they take on work that most Bangladeshis feel unworthy.

While the Rohingya are clearly present in Bangladesh, Mr. Constantine said that walking through Sittwe in Burma gave him a constant feeling of a large vacuum that the Rohingya left after Buddhists fought with the Muslim community there last year.

“There is no presence of Muslims at all right now…they should be there, but they have been evaporated. For the Rohingya, there is nothing to come back to. Everything they had has been demolished, looted and raided,” Mr. Constantine said.

Empty homes and boarded-up market stalls are now the only visible sign of a past that the Rohingya will never return to.

“Some of them have lived in camps [in Bangladesh] for more than 20 years, and some of the comments that I got is that this is what it’s gonna be for them for a long time. And this is most tragic and worrying, this obvious sense of permanency.”

And even if the Rohingya wanted to return to the places where their ancestors have lived for centuries, it would be against the will of their government—and the majority Burmese. Burma’s opposition leader Aung San Suu Kyi has also been internationally criticized for remaining largely silent on the Rohingya’s plight.

“Their story really shows the total indifference of the international community and various mechanisms in Burma that don’t want to change anything. It’s been so many years—why can’t they go back and rebuild their lives?” Mr. Constantine said.