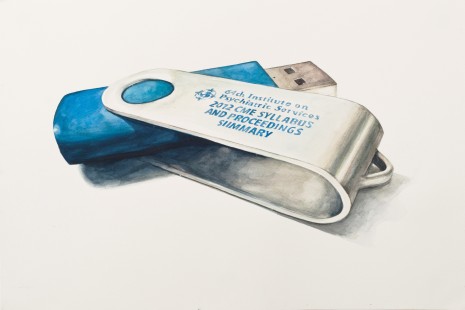 The Give and Take of Than Sok

In its recent history, since Cambodia was torn apart by war, scarred by U.S. bombs, brutalized by the Khmer Rouge and ravaged by war again, the country has received many gifts.

The U.N. gave almost $2 billion in an effort to help Cambodia transition into a functioning democracy, and donor countries continue to give about a billion dollars to the country each year.

More recently, the generosity of China has won the hearts of Cambodia’s leaders. Multimillion dollar loans and investment projects often come with tens of millions of dollars in friendly aid.

The leaders of the long-ruling CPP, who have been the recipients of many of the benefits of this largess during their time in power, have made gift-giving an essential part of their political strategy.

Come campaign season, the CPP’s generosity is seemingly boundless. People who turn out at rallies can expect to receive a shirt, a hat, food, water, money and perhaps even a few kramas to take back to the family.

These items, along with dozens of other gifts that artist Than Sok has received over the past year, are carefully depicted in his latest exhibit, “Promotion,” which opened on Thursday at Phnom Penh’s SaSa Basaac Gallery.

Three separate series of 32- by 42-cm watercolors are hung on three of the gallery’s walls, with the fourth wall lined with the actual objects that Mr. Sok has collected.

On one wall, caps and T-shirts emblazoned with the logos of the CPP and opposition CNRP, along with a poncho, a 10,000 riel note and ornate krama—all handouts at political rallies—are illustrated in careful detail by Mr. Sok, who said he went to the rallies to see how the parties campaign machines operated.

Seen at a distance, Mr. Sok’s watercolors look realistic; up close, one wonders at how an artist with his paint brush and colored water can create such fine lines, nuanced curves and exacting colors. Mr. Sok, 30, has practiced his art for the past six years, beginning as a student at the Reyum Institute in 2007.

The initial inspiration for “Promotion” first came from gifts that were given to Mr. Sok when he spent two weeks at a Buddhist pagoda in New York City during a residency in the U.S. as part of the Season of Cambodia festival earlier this year.

These items, the most varied of the three series, are centered in a small space on one of the gallery’s white walls.

Painted on separate sheets of paper in a simple wooden frame, the items include a bar of pink Dove soap with moisturizing lotion, a Flash drive from the 64th institute on psychiatric services, a $1 bill, a Thai Colgate toothpaste box, a tin of jasmine tea, a Scandinavian Design textbook, a stick of Degree deodorant for men and a $20 bill.

These artifacts, like those handed out at political rallies, come with the expectation of receiving something in return, says Mr. Sok.

The reciprocity of gift giving “is not only about politics. It’s about religion also. If Cambodian people go to pagoda and give something to monks they will offer something to the monks but they want something good to happen to them in return and have happiness in their family,” he said.

The third wall is filled with illustrations of the various robes, belts and satchels that Mr. Sok was given during his brief foray into the monkhood. The monks, he said, gave these things to him in the hope that he would spread their messages.

“The monks gave these things to me not to get something back for themselves. They want to see me be a good, kind person and share Buddhist teachings to others,” he said.

Mr. Sok said that he rarely gives people money or material gifts, but occasionally his family will offer leftovers to neighbors who can’t put food on the table, or don’t even have a table to sit at.

“When we see that people in our neighborhood don’t have enough to eat, we will give them food or rice. If I see them, I feel pity. If I give food to them, I will feel better,” he said.

The SaSa Basaac gallery is located on the second floor of building #18 on Sothearos Blvd. in Phnom Penh. “Promotion” runs through October 12.