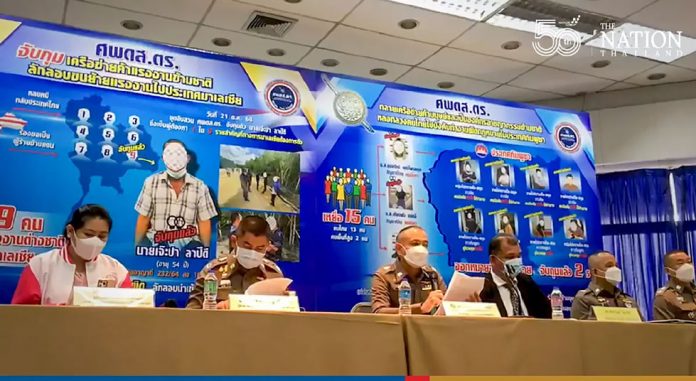 Suspects Ubolrat Puttapraisakul and Li Tianfong were arrested on Thursday in Chiang Mai’s Fang and Wiang Haeng districts respectively for allegedly tricking Thais into taking up jobs at an illegal “romance” call-centre in Sihanoukville.

Additional evidence led to the issuing of arrest warrants for 10 suspects, including four Chinese nationals, four Cambodians and two Thais.

Previous articleCambodia 30 years on: time for Australia to act again
Next articleCambodia lifts ban on all flights from Malaysia, Indonesia, Philippines as 144 new Covid-19 cases reported on Saturday (Oct 23)