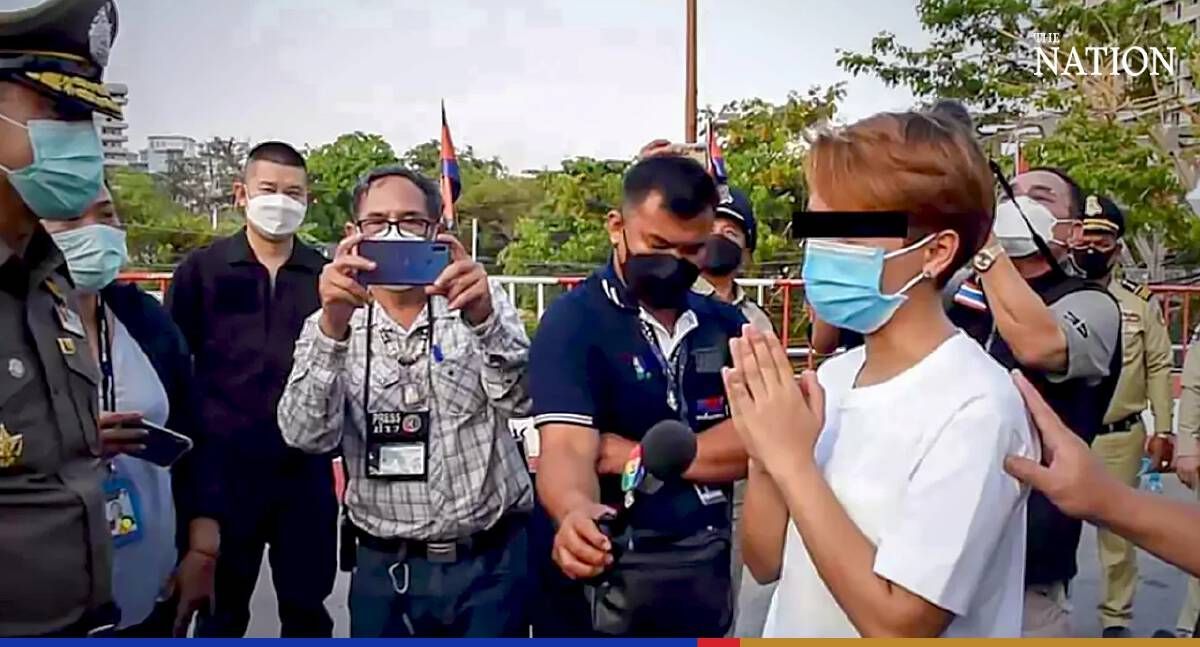 The 25-year-old woman, identified only as Bee, was among eight Thai nationals — seven women and one man — handed over by Cambodian immigration officials to Thai authorities at the Klong Luek border checkpoint in the Aranyaprathet district of Sa Kaeo province on Wednesday (March 9) evening.

Royal Thai Police assistant chief Pol Lt-General Surachate Hakparn, who was among the senior Thai officials receiving the eight returnees, said that scammer gangs in Cambodia have became “very cruel” now. They lure Thais to work for them to prey on other Thais, and also want to sell their organs after drawing blood from them till they die, he added.

The policeman warned against working illegally in Cambodia, adding that there are currently about 3,000 Thais doing so there, many of them for call centre gangs.