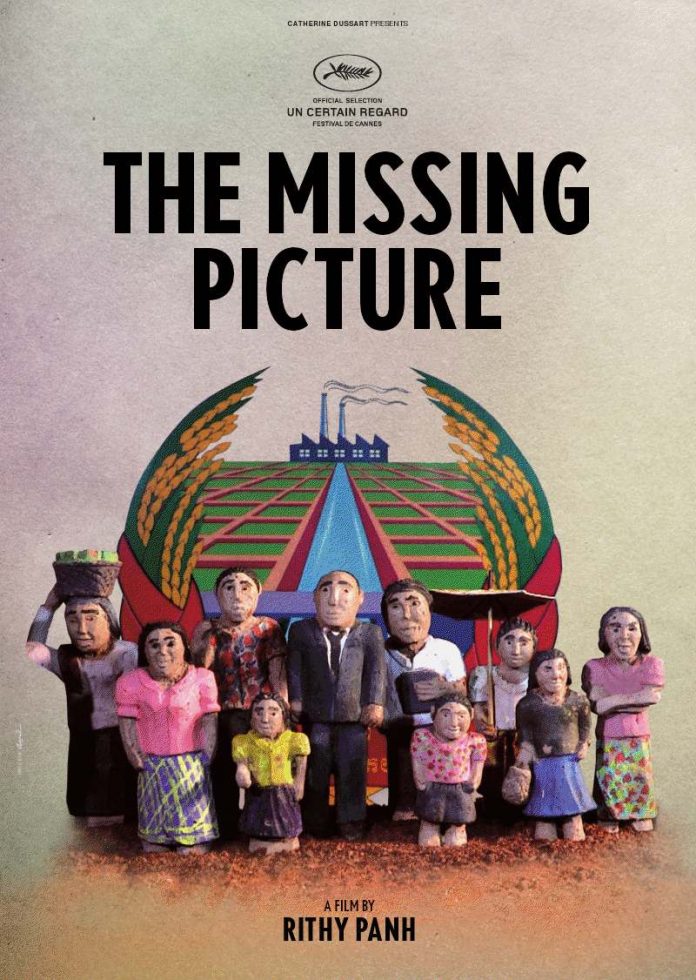 Sculpting a Dark Past

In his 2011 book “L’Elimination,” film director Rithy Panh writes: “My films aim at knowledge…. But I also believe in style, colors, lighting, setting, editing. I believe in poetry. Is this thought shocking? The Khmer Rouge did not destroy everything. And we have to relearn. It’s the silence that harms.”

His book was about the making of his documentary “Duch: Master of the Forges of Hell” on Kaing Guek Eav, known as Duch, and what it cost him emotionally to interview the leader of the Khmer Rouge’s S-21 torture center. “I don’t like the word ‘traumatism,’ which is constantly used,” Mr. Panh writes.

“In my case, it’s endless grief: indelible images, gestures from now on impossible, silences that haunt me.” He was 13 years old when the Khmer Rouge took over Phnom Penh on April 17, 1975.

In his latest documentary, Mr. Panh took the risk of bringing back the “indelible images” of Pol Pot’s Cambodia and he used a truly unusual with poetic approach to tell the story: mixing historical footage and scenes reenacted using clay figures sculpted by French-Cambodian artist Sarith Mang.

And, if film critics’ reviews are any indication, the documentary “The Missing Picture,” which premiered at the Cannes Film Festival in France on May 19, is a brilliant work.

Neil Young from the film-trade publication Hollywood Reporter called it “A sobering, ultimately numbing peek into the living hell of 1970s Cambodia.”

Jo Ann Titmarsh of the film and television blog FlickeringMyth described it as “incredibly moving,” while Kong Rithdee of the Bangkok Post said this was “one of the best films at this year’s Cannes festival.”

Shown as an official selection at Cannes, this daring and profoundly personal documentary was immediately picked up by a commercial distribution company, the Paris-based Film Distribution (B.D.).

“I did not know a movie could make me cry over little clay statuettes,” B.D. co-director Nicolas Brigaud-Robert told Melanie Goodfellow from film-industry website ScreenDaily.

Besides critics and film-industry representatives, the audience on May 19 included ordinary people and it was their reaction that touched Mr. Panh the most.

“I was really moved by the standing ovation at the public screening,” he said in an email interview from Cannes on May 21. “This is the seventh time that I’m taking part in the festival and this was one of the best responses I’ve ever had.”

“Before the screening, a song by [Cambodia’s legendary singer] Sin Sisamuth could be heard in the streets of Cannes,” Mr. Panh said. “Upon hearing it, many Cambodians stopped to listen and started crying. They had no ticket for the screening but still stayed in front of the Palais des Festivals convention center to listen. We gave them tickets.”

Mr. Panh is a familiar figure at the Cannes Film Festival, which is probably the most prestigious film festival in the world, attended each May by thousands of directors, producers, actors and film distributors in addition to journalists and the general public.

As Mr. Panh mentioned in his email, there are 5,000 to 6,000 films submitted to festival organizers each year out of which only about 60 are selected for screening at the festival.

This is the fifth time that one of Mr. Panh’s films is featuring at Cannes. This year, “The Missing Picture” is in competition in the category “Un certain regard,” or a particular look, which, according to the festival website, “focuses on works that have an original aim and aesthetic.”

In addition to presenting films at Cannes, Mr. Panh has also served on the festival’s juries over the years. So if any film director had a reputation solid enough to take risks, it was Mr. Panh.

Still, using clay figures to reenact a dramatic chapter of history was no small challenge.

“How to, again, tell of the horror while suggesting another outlook? How can one truly be a filmmaker speaking of the unspeakable,” writes Laurent Delmas for the website France Inter of Radio France.

“The filmmaker rises to the challenge with flying colors: One walks out deeply moved from the screening of his latest film.”

Done with a French soundtrack and English subtitles, the 90-minute film is narrated in the first person by French-Cambodian actor, Randal Douc. The voice-over was written by French writer Christophe Bataille with whom Mr. Panh wrote his book “L’Elimination.”

The winner of this year’s “Un certain regard” competition is scheduled to be announced Sunday at the festival’s closing ceremony.