Officiating a ceremony on Friday to welcome the country’s new minister of post and telecommunications, Interior Minister Sar Kheng reminded the audience of government officials that the public expects change—as was demonstrated in their election support for the Cambodia National Rescue Party (CNRP).

Mr. Kheng, who was until recently most notable for his decades of silence inside the CPP, has come to the forefront of the ruling party, and its political message, since the CNRP’s stunning gains in July’s national election.

Welcoming Prak Sokhon to his new post as minister, and saying farewell to departing minister So Khun, Mr. Kheng approached the lighter side of his party’s re­cent election upset, noting that the opposition had the support of a very important personality: “Mr. Change.”

The opposition’s most memor­able pre- and post-election slogan has been the question-and-answer chant: “Change or no change? Change!”

“They always say that the support vote for the CNRP is of three types: The first support comes from the votes of Sam Rainsy supporters, the second support votes are Kem Sokha’s Human Rights Party. So there is Mr. Sam Rainsy, Mr. Kem So­kha and Mr. Change, the party of ‘Mr. Change.’ It is very big,” Mr. Kheng said.

“I don’t know where to find Mr. Change. But, you sirs, might understand more than I do,” he said.

According to Mr. Kheng, there are two issues facing the ruling party, reform and changing form, neither of which can be achieved quickly.

“We cannot do it in one day or two days, and we also cannot finish it in one year. But, the first demand is to change form, and this is a problem,” Mr. Kheng said, explaining that changing something just for the sake of change was not as important as deeper change.

Change should not “focus on changing people. We can change some [ministers], which is normal, but we need to change the form of management and leadership,” he said.

Mr. Kheng also had some words of advice for incoming minister Mr. Sokhon, calling on him to ensure that Cambodia’s post and telecommunications sectors developed in terms of information technology and penetrated deeper into rural areas to “give a modern service that is effective and suitably priced in the country.”

Mr. Sokhon responded with a vow to “work hard and be a good student to learn” his new job quickly.

In his departure speech, Mr. Khun, who is now a CPP parliamentarian, asked his former colleagues to pardon him if he had “accidentally done something wrong” as he had worked with them for more than 20 years.

Similarly echoing the ruling party’s newfound penchant for all sorts of reforms, Mr. Khun said that he fully accepted his removal as minister.

“The Ministry of Post and Telecommunications is not a monopoly belonging to me,” he said. 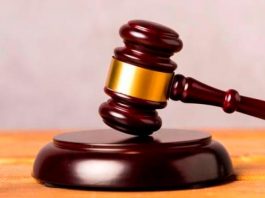 Cambodian ordered to enter defence for murder of two women and...