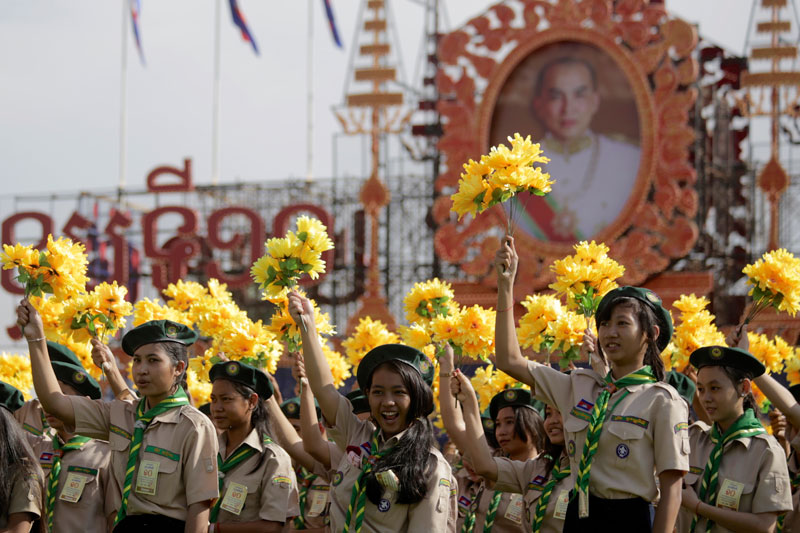 Join in the celebrations for the 64th birthday of King Norodom Sihamoni as the country gears up for a holiday lasting for three days from May 13 to May 15. The king was born on May 14, 1953.
One event not to miss is a fireworks display due to take place on Sunday evening—the day of the king’s birthday—by the riverside in front of the Royal Palace in Phnom Penh, just after dusk at 7 p.m. If previous displays are anything to go by, it should be pretty spectacular, with the one in 2015 lighting up the sky above the Tonle Sap river with a 20-minute pyrotechnic show.

That year, the government also launched a new 10,000 riel, or about $2.50, banknote featuring King Sihamoni’s portrait. While the fireworks are the only official celebrations, keep an eye out for government and office buildings being decorated with the king’s portrait and national flags hanging from any number of surfaces.

Previous article
Dethroning Cash: Less Than 20 Percent of Adults Use Banks in Cambodia
Next article
Letter to the Editor: Fighting Deforestation Can Reduce Poverty