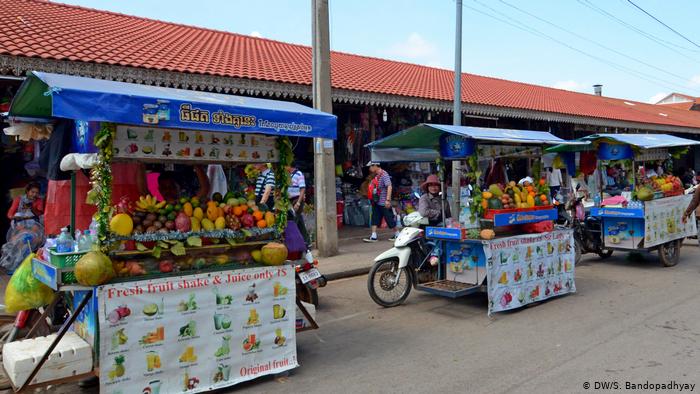 A proposed law in Cambodia aims to clean up the streets of Phnom Penh, which also means that thousands of street vendors could be forced to shut down their businesses. Ate Hoekstra reports.

For almost 20 years, Lom Rithy has walked the streets of Phnom Penh with her cart, selling cold beverages to Cambodians. Although she doesn’t earn much, it is enough for the 37-year-old to take care of her family.

According to the Independent Democracy of Informal Economy Association (IDEA), there are around 16,000 street vendors in Phnom Penh. But Cambodian authorities believe the street shops are causing disorder in the city. The government is now working on a law to impose restrictions on streets, which is likely to affect the vendors.