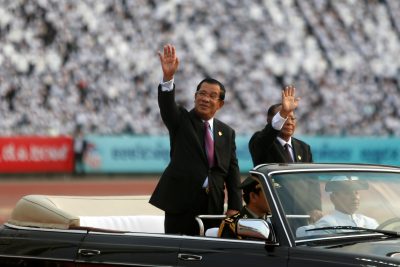 Cambodia is drifting towards autocracy with a clear trend. An unprecedented crackdown on independent media, civil society and the country’s major opposition party, the Cambodia National Rescue Party (CNRP), hardly suggest otherwise. Whether Hun Sen’s government likes it or not, similar observations about Cambodia will continue to emerge.

Although 19 smaller parties participated in the July 2018 national elections, commentators and observers questioned the credibility of the election. Some called it a sham. Prime Minister Hun Sen’s ruling Cambodian People’s Party (CPP) was unchallenged in the election, allowing the CPP to secure a predictable landslide victory. The party won all 125 parliamentary seats.

Previous articleDeported from US to Cambodia for crimes, returnees find a purpose running offbeat tours for visitors
Next articleCambodian refugees: Concern over children’s education