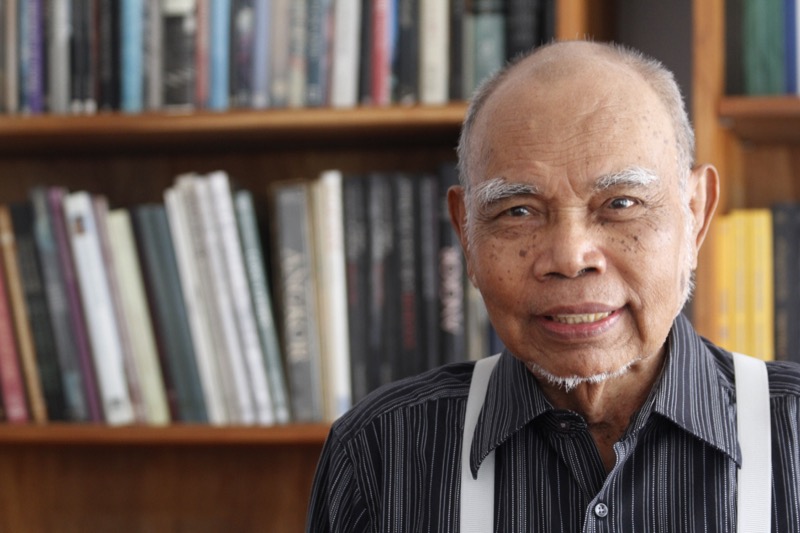 With the White Building nearly razed, there are few remaining structures in central Phnom Penh attesting to the city’s past as a showcase for the sinuous forms of New Khmer Architecture.

The man who was a leading force in developing that style, Vann Molyvann, is now 90, and has seen the city he once shaped turn into a landscape of hastily erected shopping centers and condominiums. Urban development today is largely driven by real estate demand rather than a carefully planned vision. 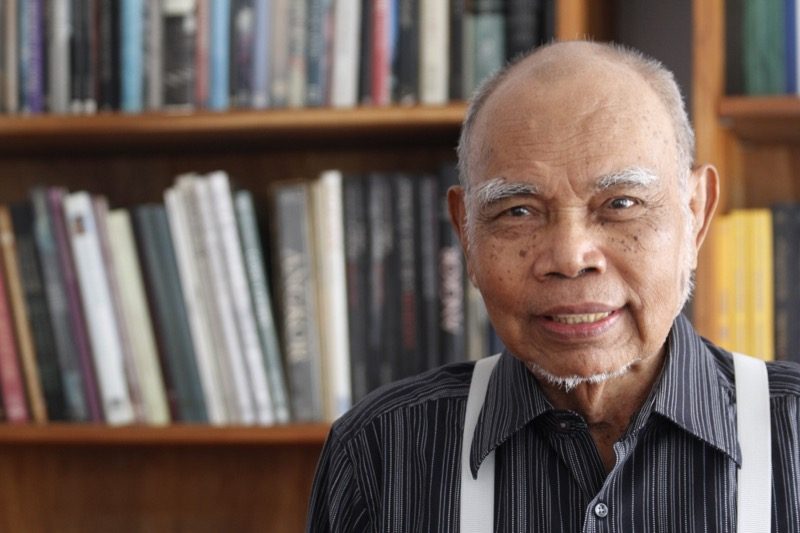 In recent years, the ailing architect, who oversaw urban planning in the 1960s as well as designing the iconic Independence Monument and Olympic Stadium, has withdrawn from the debate. As his daughter Delphine Vann said on Sunday, “He feels that he did what he could.”

Born in 1926, Mr. Molyvann was from a generation of Cambodians who studied in France and, upon their return, were enlisted by Prince Norodom Sihanouk to pour their newfound expertise into the tough work of building a newly independent nation.

“New Khmer Architecture was kind of a mix between modern [architecture] that was developed throughout in the world and the requirements for Cambodia plus elements that were truly Cambodian,” he said.

“He combined this and created a new, wonderful Khmer architecture…by studying and taking into consideration the country’s tradition, culture and way of life, taking into account the climate and weather conditions,” added Mr. Sochiet.

Upon his return from France in 1956, Mr. Molyvann had been appointed chief architect for state buildings and head of urban planning and housing at the Public Works Ministry, said Darryl Collins, an art historian who co-authored the book “Building Cambodia, ‘New Khmer Architecture’ 1953–1970.”

Mr. Molyvann also served as secretary of state at the Public Works Ministry and Telecommunications, established the Royal University of Fine Arts and was an inspector of ancient Khmer monuments.

“He had vision, immense vision,” Mr. Collins said. “He looked at the city of Phnom Penh, its sighting as the capital. He also looked at the provinces. He responded to requests for schools and government buildings and whatever in the provinces…. His vision covered Cambodia.”

Mr. Molyvann left Cambodia in 1971 as civil war was spreading throughout the country and worked on affordable housing projects for the U.N.

In the 1990s, he headed the Apsara Authority, the agency charged with managing Angkor Archaeological Park in Siem Reap province. He later served as the representative of King Sihanouk at meetings of the International Coordinating Committee of Angkor.

In the meantime, he published a book in 2003 outlining water management programs for Sihanoukville, Siem Reap City and Phnom Penh in view of those cities’ rapid expansion, and taking into account their unique geography and river flows.

But his architectural vision will live on long into the future, said architect Hok Sokol.

“It is a lesson and an example of what architects should do: He learned from others and made it his own,” he said.