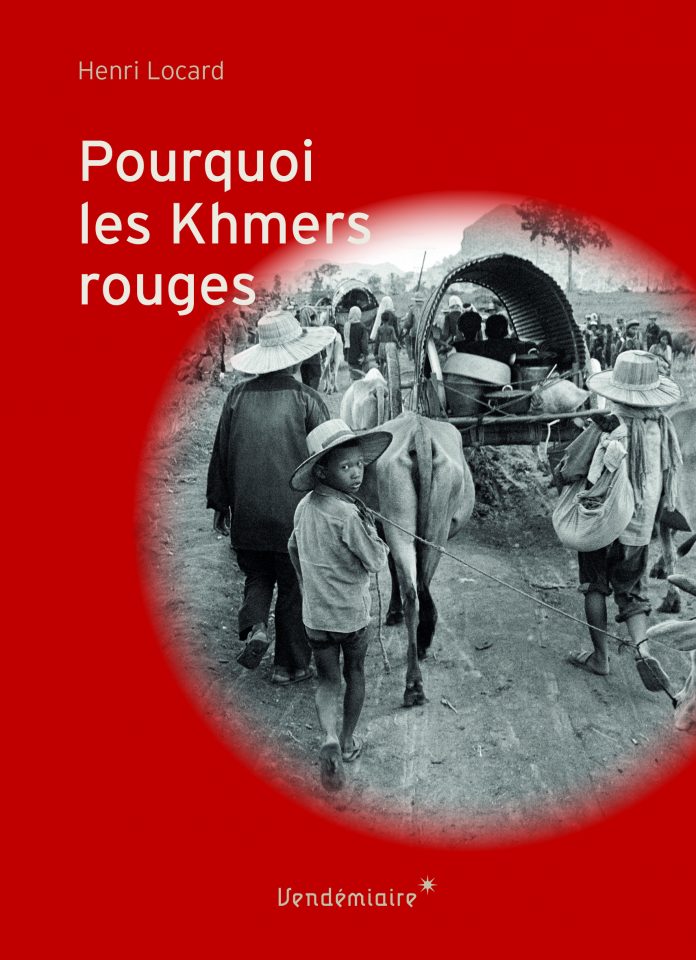 Reflections on a Fierce Revolution

In the 1960s, French archeologist Bernard Philippe Groslier who was overseeing restoration of the monuments at Angkor at the time, came up with the theory that, during the Angkorian empire, the Khmer had made such technological advances with irrigation that they could produce three rice crops per year.

This, he conjectured, gave the Khmer the resources to build their huge monuments and, being self-sufficient, led them to live within their own empire with few contacts with other kingdoms in the region.

According to French historian Henri Locard, Mr. Groslier’s theory was just that: simply a scholar’s theory, not a blueprint for government agricultural policies.

Mr. Groslier’s three-crops theory has since been proven unfounded, the Angkorian empire having made no such extraordinary technical advances.

“But the Khmer Rouge believed this. They became fixated on the model presented by Bernard Philippe Groslier,” Mr. Locard explained in an interview.

The myth of Angkor as a rice production machine prompted the Pol Pot regime to put a whole nation through forced labor to achieve the production levels they assumed had been reached by their ancestors.

A false historical fact gave them the excuse to justify their actions in turning the entire population to agriculture, Mr. Locard said.

Having first set foot in Cambodia in the 1960s, Mr. Locard appears to be consumed by two passions: the first is researching and publishing data on the Khmer Rouge that will enable people, particularly Cambodians, to find answers regarding the what and why of the regime.

The second is helping to train Cambodian historians so that they can research and publish scientific accounts of their country’s history.

At the request of the French publishing house Vendemiaire in Paris, Mr. Locard has recently released a new book, “Pourquoi les Khmers Rouges,” looking into the whys of the Khmer Rouge regime.

“For most observers, the mystery remains as to why this communist revolution was much more murderous than its Soviet, Chinese, North Korean and Vietnamese models, so much so that, unlike other totalitarian communist regimes, Democratic Kampuchea could be labeled ‘genocidal,’” he writes in the book.

The 352-page work began as a booklet he wrote for NGOs, which was then translated to Khmer as part of the community outreach programs set up during the Extraordinary Chambers in the Court of Cambodia (ECCC), which is currently prosecuting the regime’s crimes.

In his book, Mr. Locard analyses among other issues the influence of China on the Khmer Rouge, a relationship on which many of today’s historians disagree, with some of them saying that the Khmer Rouge leaders were directly influenced by radical Maoists while others say that the Chinese advised Pol Pot and Nuon Chea to moderate their policies.

Both groups of historians are right, Mr. Locard said.

Chinese officials did recommend moderation but only toward the end of the Khmer Rouge regime, he said.

As for the influence of the extremist Maoists, their input cannot be underestimated, he added.

Mr. Locard recently discovered that the powerful Chinese political theorist Zhang Chunqiao first drafted the constitution of Democratic Kampuchea, which the Khmer Rouge promulgated in January 1976. Also known as the Cobra, Zhang Chunqiao was a member of the Gang of Four who played a leading role in China’s Cultural Revolution that caused the death of tens of thousands and the persecution of hundreds of thousands.

“This is mind-boggling” that Zhang Chunqiao was so directly involved in Khmer Rouge policies, Mr. Locard said.

The constitution spelled out the regime’s philosophy from forced labor to the death penalty, he said.

While not specifying what is meant by activities opposing the state, the constitution’s article 10 states: “Dangerous activities in opposition to the people’s State must be condemned to the highest degree.” Regarding forced labor, article 9 reads that “There is absolutely no unemployment in Democratic Kampuchea,” implying that everyone must work.

Although the Gang of Four were purged after the death of Mao Zedong in 1976, hard-line Maoist programs continued for about two years after his death, Mr. Locard said. During that period, he said, “Extremists in China used Cambodia as an experimental laboratory to test diehard Maoist policies, which were in the process of failing in China: the Great Leap Forward and the Cultural Revolution whose concept involved, in part, abolishing all institutions and starting from scratch.”

Although Chinese theorists inspired them, it was nevertheless Cambodians who headed the totalitarian Pol Pot regime based on “the ideology of a minuscule group of individuals pretending to be assigned the mission of resurrecting their civilization,” Mr. Locard writes in his book.

“In the end, there remains an enigma: to explain why there were, everywhere in Cambodia, so many Khmer able to inflict so much suffering, beyond imagination, on so many of their compatriots,” he writes.

This is not Mr. Locard’s first study of the Khmer Rouge.

In the 1990s, he was associate history professor at the Universite Lumiere Lyon 2 in France, but spent his holidays researching Khmer Rouge prisons and torture centers.

He managed to document about half of the regime’s 150 prisons and has since turned over all his data to the ECCC, he said.

At the same time, he studied Khmer Rouge slogans and published in the mid-2000s “Pol Pot’s Little Red Book,” which contains 433 of the regime’s sayings he had collected from people who survived the period.

On his retirement in 2000, Mr. Locard became history guest professor at the Royal University of Phnom Penh, where he now supports the university’s efforts to improve history’s undergraduate programs and to add Masters degree level programs.

The ultimate goal, he said, is to form a generation of Cambodian historians who will scientifically and objectively write about the country’s history. This will entail training them so they can view history in a less “Eurocentric” perspective, Mr. Locard explained.

Prior to 1975 and in the 1980s, history teachers were, like himself, often Europeans whose vision of Cambodia was, consciously or not, influenced by their backgrounds, he said.

“We’ll try to somewhat change this in order to place Cambodia within the context of globalization and within Asean so that [future Cambodian historians] can view Cambodia as the focal point,” Mr. Locard said.

After all, he said, “Cambodia is the center of Southeast Asia, and is in fact Asia’s center because it’s half way between India and China: a truly strategic point due to geopolitics and history.”

Mr. Locard is scheduled to discuss his new book at Meta House on Saturday at 7 p.m., and at the Institut Francais on Wednesday at 6:30 p.m.