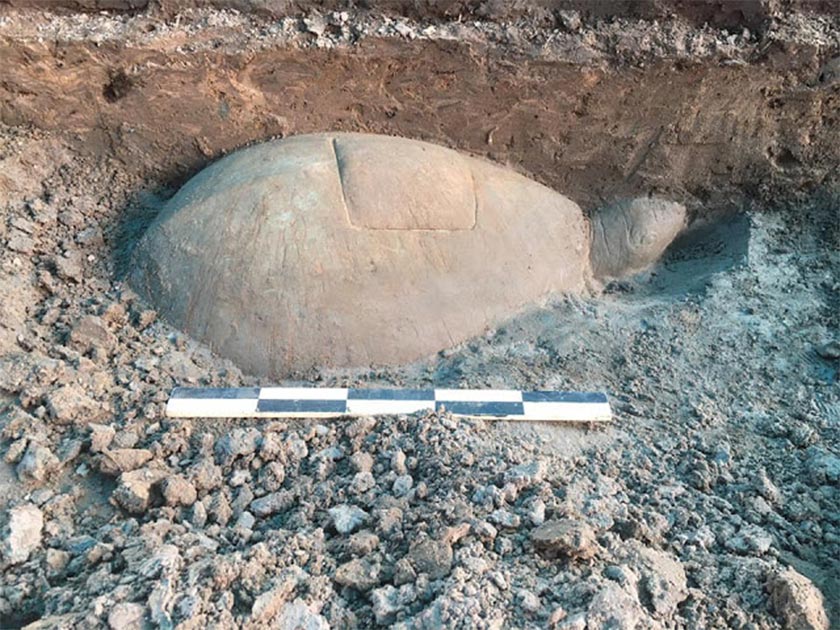 Archaeologists have made a historic discovery in the middle of an Angkor reservoir. A rare turtle statue was recovered near one of the most famous temples in Cambodia and could provide experts with a new perspective on the development of Angkor Wat , which is one of the most renowned archaeological sites in Asia, if not the world.

The amazing find was made by a team from the Apsara Authority, who were working at the Kandal Srah Srang temple in Angkor Archaeological Park , which is in the Siem Reap province of Cambodia. This temple is mostly sunk beneath the waters of a man-made reservoir. Archaeologists have made a number of important discoveries at the Angkor reservoir, including a stone dragon head and two tridents.

While working near the temple site, they also unearthed a large turtle statue, that measures 23 by 37 inches (58 by 93 cm). It was found beneath the water and workers had to drain the area so archaeologists could excavate the stone figure.