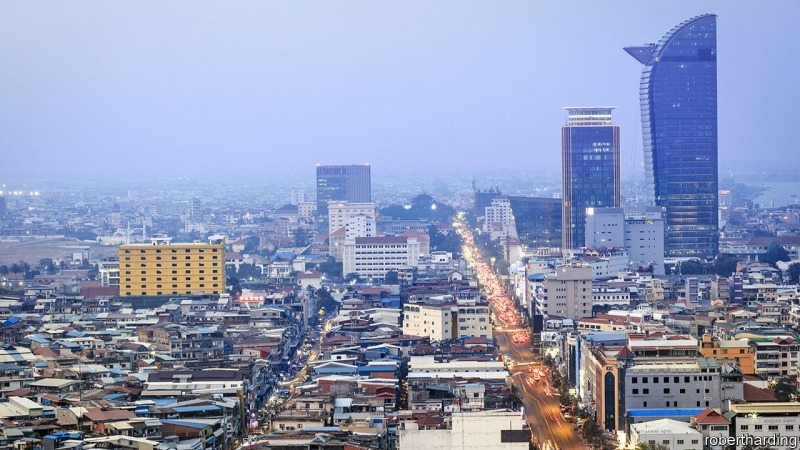 But his strangulation of democracy imperils the country’s biggest industry.

Driving along Hun Sen Boulevard—named after the man who has led Cambodia since 1985—a shiny Mercedes-Benz dealership appears in the litter-covered scrubland, its chunky white vehicles nestled behind thick plate glass. Beyond, the cranes and towers of Phnom Penh loom. They speak to the riches Mr Hun Sen’s authoritarian rule has brought to a minority. But even the majority can testify to a rapid economic recovery since the end of the long civil war in the 1990s, and the final extinguishing of the Khmers Rouges, a Maoist movement that had forced all Cambodians to become subsistence farmers in the 1970s. Between 1995 and 2017 Cambodia grew at an average rate of 7.7%; gdp per person rose from $321 in 1994 to $1,137 in 2017, after accounting for inflation.