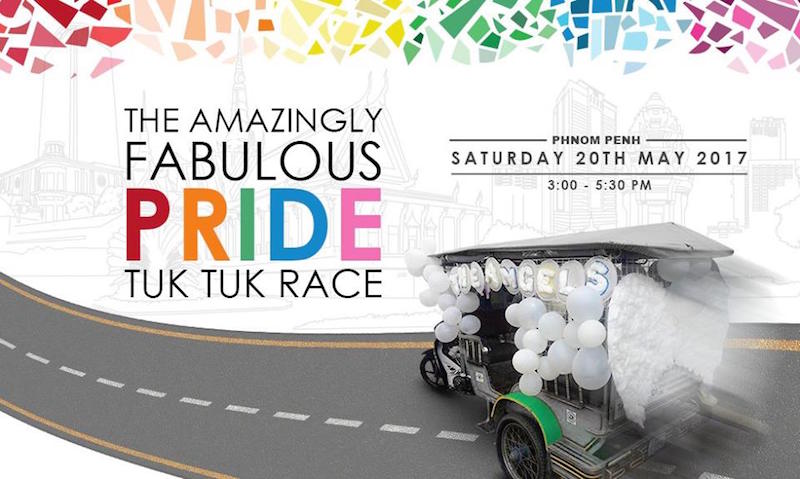 It’s the fourth “Amazingly Fabulous Pride Tuk-Tuk Race” and this one already looks to be the best so far. The event, part of the 13th annual Cambodia Gay Pride Week celebrations that began last weekend, will see teams of up to 5 people compete in a scavenger hunt on Saturday.

Registration to take part has already closed with more than 50 teams signed up, but you can still play your part by spectating and cheering on the teams as they race around the city solving clues, hunting for hidden locations and landmarks, and completing challenges.

There are also prizes for the most innovatively decorated tuk-tuks, so expect some outlandish designs. It promises to be colorful, eventful and a lot of fun. Donations made on the day of the event will be given to the charity nominated by the winning team. Keep an eye out for the tuk-tuks around the city between 3 and 5:30 p.m.

For more information, check out facebook.com/iamwhatiamkh