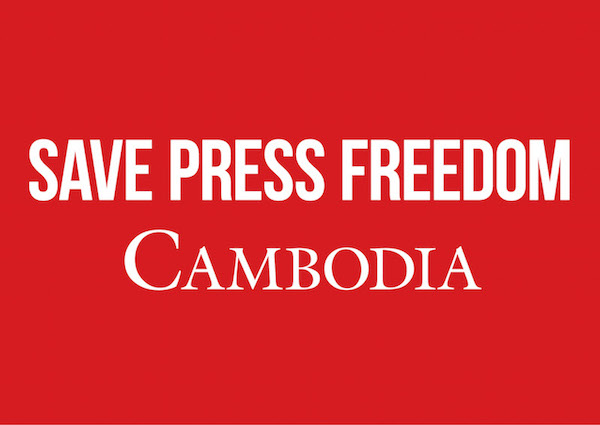 The Ministry of Information has revoked a license for a radio station known for selling airtime to the opposition party, according to a statement released on Wednesday, while the director of Voice of Democracy said the outlet had been bumped from the airwaves in Phnom Penh.

The ministry has also refused to renew the media license of The Cambodia Daily until it settles a disputed $6.3 million tax bill that critics say is an attempt to shutdown the paper and curb independent media.

In a letter signed on Monday, Information Minister Khieu Kanharith said that the ministry was revoking the license of the Mohanokor Radio station, and ordered the station and its national relay stations to close immediately.

The station sells airtime to U.S.-funded outlets Voice of America (VOA) and Radio Free Asia (RFA), whom the government has accused of attempting to provoke regime change.

Mr. Kanharith did not respond to requests for comments on Wednesday.

The ministry did not cite a law or regulation that the station had violated in the letter or in person, according to the station’s director, Yi Chhor Vorn.

“It was a surprise when they phoned us this morning to meet them and told us that the radio is closed down completely,” she said. “Now we need to deal with this mess.”

“They told me the reason they closed is because we did not inform them about information of air-time sales to the clients,” she said. “But I think we have been doing our job already. We pay tax, we have a license and of course we follow all the guidelines.”

CNRP spokesman Yim Sovann, whose party regularly buys airtime on the station, said he was grappling with the motives behind the closure.

“They don’t say that they closed CNRP programming, but they closed the radio station,” he said. “It absolutely affects us [and] the right to information, and affects the democratic space.”

Last night, another radio station, Women’s Media Center FM 102, also appeared to have been affected. The station was due to broadcast content from VOA for one hour from 8:30 p.m., but the airwaves were silent.

Pa Nguon Teang, executive director of Cambodian Center for Independent Media and director of Voice of Democracy (VOD), one of the few independent outlets on the airwaves, said his content was also affected by disruptions to local stations.

Though he initially told reporters that VOD’s programming had been bumped from its usual slot on 106.5 FM to another station on 106.7 FM due to “admin and technical problems,” he later said that the latter station had also stopped airing VOD and given him the same explanation.

Mr. Nguon Teang said he “needed time to verify” whether politics were involved in the shift.

Meanwhile, in a letter to the Daily dated on Wednesday, Vanntha Vannroth, acting general director of the ministry, said it had yet to review a July 25 request for the Daily’s media license to be renewed because “the newspaper owes tax duty [and] has not yet paid taxes to the state.”

The Daily’s general manager, Douglas Steele, submitted a letter on Wednesday making a request to Kong Vibol, head of the general tax department, to “open more dialogue” over the tax case, noting a lack of formal audit or precedent for retroactive tax bills, and the leak of the letter to government-aligned Fresh News.

“We hope the GDT will consider its good reputation and the confidence of foreign investors before doing that again,” Mr. Steele wrote.

At a ceremony in Phnom Penh on Wednesday, Mr. Vibol gave terse answers to reporters’ questions about the case, claiming the department had conducted an audit even without access to the Daily’s bookkeeping.

Asked how the document ended up on Fresh News before it arrived at the Daily’s office, Mr. Vibol washed his hands of the leak.

“Please go ask the one who leaked it because I did not leak at all that letter,” he said.

The department also issued a statement on Wednesday responding to comments the Daily’s deputy publisher, Deborah Krisher-Steele, made in an interview with RFA in which she suggested a political motive behind the case and asked why the information had been leaked.

“It is The Cambodia Daily newspaper itself that has the intention to leak the information in order to pollute the situation,” the department’s statement claimed.

Moeun Chhean Nariddh, director of the Cambodia Institute for Media Studies, said the tax department should have notified the Daily sooner of its bill. But the Daily’s focus on corruption, deforestation, and similar stories of wrongdoing likely sealed its fate.

“In my opinion, Cambodia is not ready for this kind of international standard,” he said. “While democracy is fragile, we need to do our work according to the local context.”