The protesters, which included members of the city’s embattled Boeng Kak and Borei Keila communities, planned to rally at Freedom Park before delivering a petition to the National Assembly, and gathered outside the U.S. Embassy at about 9:45 a.m. before marching to the park. 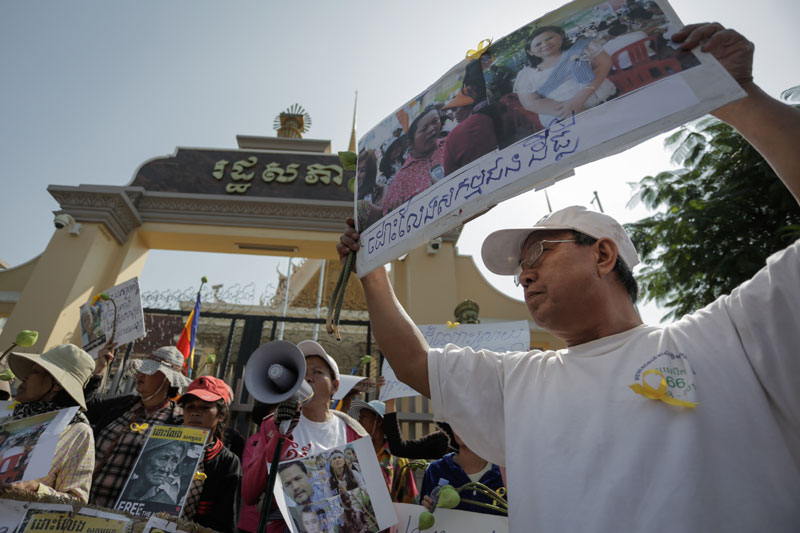 But they were stopped at nearby Wat Phnom by a roughly equal number of Daun Penh district security guards and riot police.

“We will not allow you to march, as City Hall has not given you permission,” district security chief Kim Vutha told the group, adding that they would have to ride tuk-tuks to the National Assembly.

The demonstrators agreed, and successfully delivered their petition to both the National Assembly and Royal Palace before returning home.

City Hall spokesman Long Dimanche said any future at­tempts by the group to protest would be prevented.