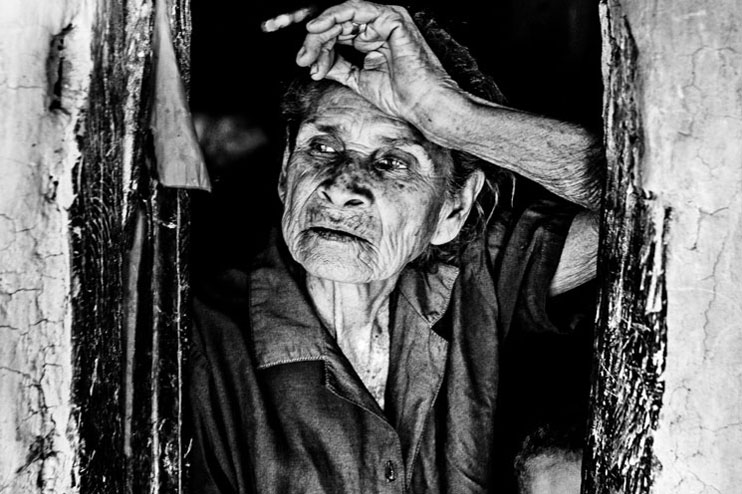 Photo Exhibit Offers Cambodia a Glimpse of Life in Nicaragua

It might be a familiar scene for audiences in Cambodia: photos from a developing country moving past civil war, political turmoil and extreme poverty. But a new exhibit from Slovakian photographer Martin Bandzak isn’t a reflection of Cambodia, but a window into Nicaragua.

“You had child soldiers, you had a generation of women living without husbands there and here,” he said. “The rural life in Cambodia and Nicaragua—I’m not comparing the post-war situation and the civil war—I think the consequences can be comparable.”

The exhibit, titled “El Campo,” opened Friday at Chinese House in Phnom Penh. The photographs display a slice of life in the Nicaraguan community of Subtiava, an impoverished area with a population of 8,000.

Mr. Bandzak began photographing in 2007 with a single camera and lens. The result was 80 high-contrast, black-and-white images. Grouped into about half a dozen collages, the photographs capture the power of mundane and intimate aspects of daily life.

The exhibit runs for a month, with proceeds benefiting Magna, a non-profit Mr. Bandzak helped found, which works in Cambodia, Nicaragua and six other countries.

Although Magna targeted Nicaragua as an area in need of help, Mr. Bandzak doesn’t intend the exhibit to convey despair.

“It’s not about desperation,” he said. “It’s just to see how they live.”