Opinion: On Anniversary of Paris Peace Accords, a ‘Thank you’ 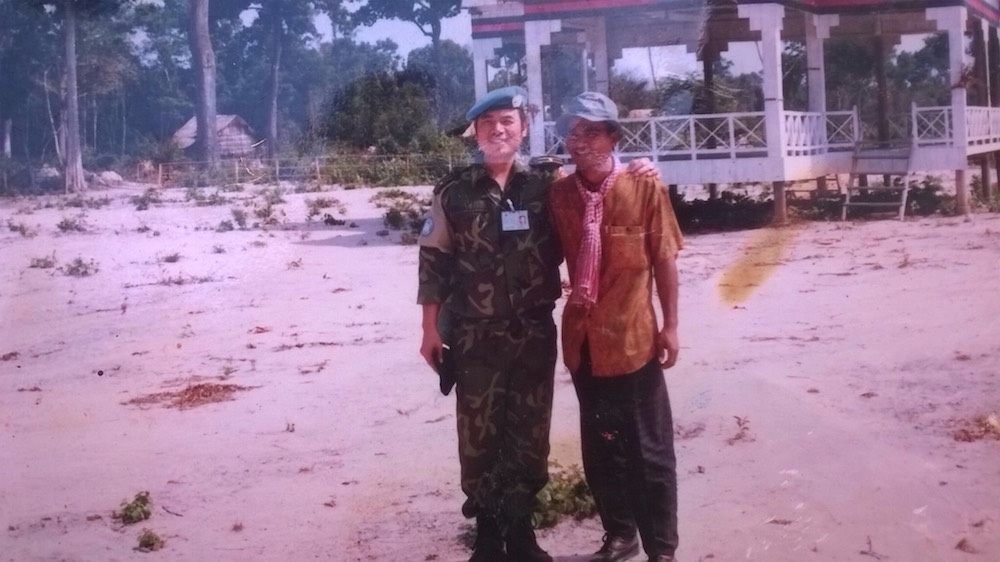 On the occasion of the 18th anniversary of the Paris Peace accord, I would like to recall, in the shadow of past events, Buddha’s teaching: hatred is not ended by hatred; hatred ends only when hatred ceased to exist.

During past decade, Cambodia has gone through terrible ordeals, all complex and harsh in nature. Under the influence of different blocs, which divided the world long ideological lines and causes many decades of civil war, Khmer society suffered internal ideology divisions.

All factions declared that they were the patriots, wanted to win alone, had misgiving about each other, were politics paranoids, and accused this side or that side of being treasonous to their of country, which led to the killing of their own blood.

Cambodian were subjected to untold suffering. The entire nation from infrastructure to people’s lives were lost and destroyed to their very roots.

For hundred of years in the past Cambodia was glorious and well known for its wonder of Angkor Wat. From 1953 to 1970, she was a peaceful utopian country but between 1970 and 1993 there was a turbulent situation, which was ended under the auspices of the UN-brokered peace agreement, which involved all political party factions, especially under the august King Father Norodom Sihanouk who played a major role in bringing peace to Cambodia.

I personally pay profound respect to the enthusiastic efforts made by world leader and peace-loving countries that helped Cambodia, and who initiated and organized the Paris Peace Accord on 23rd October 1991.

This agreement was supported by the UN and friendly countries from far and near.

This mission was named the UN Transitional Authority in Cambodia (UNTAC), and people in Cambodia have kep this in their minds and are grateful towards those who helped us.

Once again, I would like to take this opportunity to express my gratitude to all UNTAC staff for their noble mission and assistance at a difficult period of time in Cambodia’s history.

I hope you will be informed of this letter and that it will reach you through the Cambodia Daily, or through you representative in Cambodia, i.e. all embassies to the Kingdom of Cambodia.