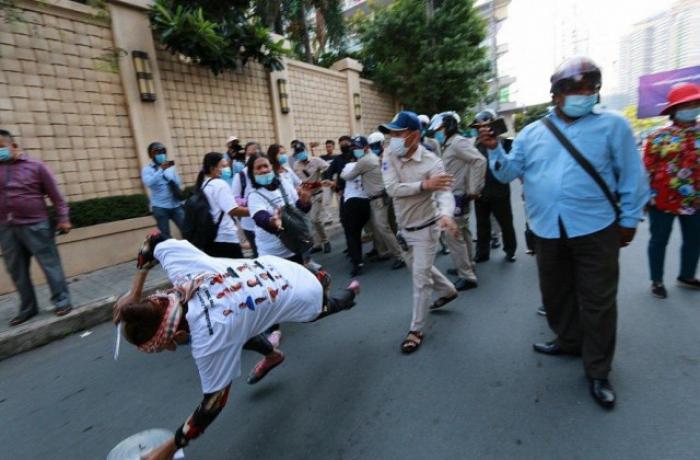 On the streets for freedom and rights: Cambodian activists arrested

Cambodian authorities have arrested at least six activists in recent days, including a Buddhist monk and a famous local rapper and musician. They were arrested for organizing protests over the ongoing border dispute with Vietnam. International NGOs and local movements sound the alarm for a growing repression of rights and freedom of expression in the Asian country.

In a note, the Cambodian Ministry of the Interior reports that the six arrested will have to answer for various charges, including “instigation to commit a crime and create chaos in society” based on articles 494 and 495 of the Penal Code. ““Khmer Thavarak and the Mother Nature NGO have been working to incite people to provoke instability and social unrest by using social media and other means to disseminate information,” the ministry said.

The age-old problem of the 1,228-kilometer border between Vietnam and Cambodia is a very sensitive issue for Cambodians, who see the Vietnamese as the cause of their troubles in the recent past (war, Khmer Rouge, and now economic colonization). The borders between the two countries have never been very precise. In 2006, the two governments tried to define them by seeking an agreement and this came at the expense of some groups of Cambodians, who lost their lands in a disputed area.