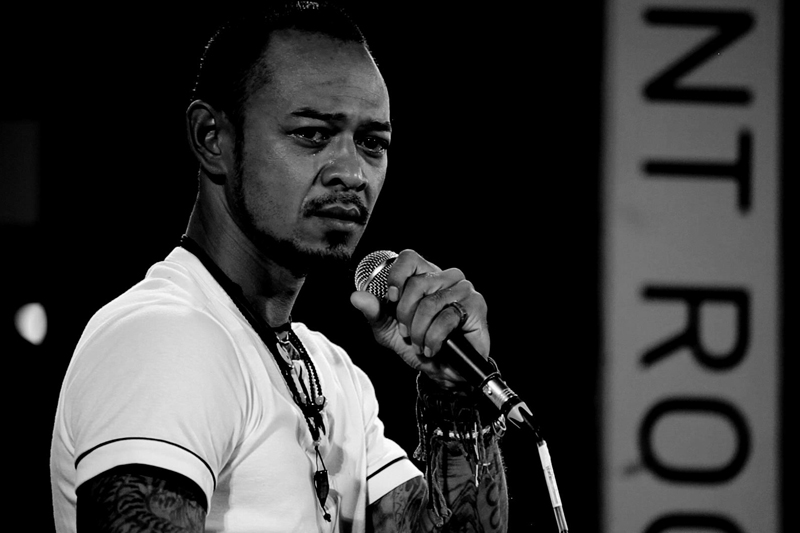 Born in a Thai refugee camp after his family fled the Khmer Rouge, Mr. Kosal found asylum in the U.S. Growing up in Southern California, however, he followed his cousins and joined a street gang, embarking on a life of crime aged just 14.

At 15, he was arrested for attempted murder. He was jailed for 14 years and, in 2011—his criminal charge besmirching his path to U.S. citizenship—Mr. Ko­sal was deported as a “criminal alien” to Cambodia, a land he had never seen.

Mr. Kosal’s life and career is the subject of the upcoming documentary “Cambodian Son,” directed by Masahiro Sugano and produced by Phnom Penh-based Studio Revolt, slated for theater release on January 30.

The documentary captures Mr. Ko­sal’s struggles and small triumphs as he rebounds from his prison term and deportation, armed with little but his words.

Introduced to poetry by a fellow inmate while in prison, he uses spoken word poetry—a form of performance-based verse that focuses on dynamic delivery—to express grief, confusion and, mostly, rage.

The documentary centers on Mr. Kosal’s journey to the London 2012 Cultural Olympiad—a series of events celebrating the arts from nations competing in the Olympic Games—where Mr. Kosal, to his surprise, was named Cambodia’s representative.

But although the film focuses on Mr. Kosal’s life, it also sheds light on the broader plight of self-proclaimed “Khmer Exiled Americans”—a term describing a generation of Cambo­di­an refugees in the U.S. who were incarcerated in their youth and deported to a country they had never known.

Aided by sparse but illuminating title cards, director Mr. Suga­no places Mr. Kosal’s account in context: the deportation of nearly 2 million people from the U.S. between 2009 and 2013, as well as the prison-industrial complex that—save for a few educational and art initiatives like ones that allowed Mr. Ko­sal’s unshackling through poetry—fails to rehabilitate former inmates.

“Chink This, Chink That”

Mr. Kosal moved to Santa Ana, California, as an infant with his mother and half-siblings, refugees from the horrors of the Khmer Rouge regime and the ensuing chaos of civil war. Cambodian refu­gees face significant challenges on reaching the U.S., according to Jac­que­line Dan, an immigration attorney at Asian Ameri­cans Adancing Justice.

“Having survived the horrors of genocide and civil war, more than half of the community still suffers from post-traumatic stress disorders, and studies have shown that even children born and raised in the U.S. can inherit such trauma from their parents,” she wrote in an email.

In the film, other Cambodian-Americans share the difficulties of growing up in California: “Standin’ in the lunch line, right,” one says in the film of the racism he encountered, “it was like…‘chink this, chink that.’”

To deal with bullying, Ms. Dan says, many young Cambodian-Americans turn to gangs for protection, only to be trapped in a cycle of street violence that few escape—save to prison.

Ms. Dan says most of her clients report heavy policing and racial profiling in their neighborhoods.

“Very little disaggregated data on incarceration by ethnic group exists, but the California Youth Authority reported that its incarceration rate for Cambodian-American youth was four times what it would expect given the relatively small size of the community statewide,” she said.

As a teenager, Mr. Kosal was tried as an adult for his role in a gang shoot-out.

“Another Brand of Cattle”

“I made a lot of bad choices, bad decisions growing up,” Mr. Kosal says in the film.

But for Mr. Kosal—and many immigrants who have not obtained U.S. citizenship—the punishment extends beyond a prison term.

Convicted immigrants fall under the watch of the U.S. Department of Homeland Security (DHS) Immi­gration and Customs Enforcement (ICE), tasked with the “apprehension, detention and removal of ali­ens” like Mr. Kosal.

“DHS has increasingly prioritized the removal of immigrants with criminal convictions, which resulted in a surge in raids, arrests, and removals to Cambodia especially over the past 5 years,” Ms. Dan said.

According to its website, in fiscal year 2014, ICE deported 315,943 people—“Two strikes you go, another brand of cattle,” Mr. Kosal says of the situation in one of his poems.

So, in the film, we meet Cambodia’s community of “exiles,” Cambodian-Americans who, after being incarcerated in the U.S., face lifetime immigration bans to the country where they grew up.

Dropped on Cambodian soil as neither native nor expatriate, many struggle to fit in.

“Everywhere we go, people hate us,” KK, founder of the NGO Tiny Toones and another Cambodian-American deportee, says in the film.

The trauma—of underprivileged youth, of gang violence, of prison and of the humiliation of deportation—haunts. As a result, many revert back to a life of crime once they arrive here—“hustling, using drugs,” KK says.

In making the documentary, Mr. Sugano, who himself moved to the U.S. from Japan at age 18, says he wants to amplify Mr. Kosal’s voice.

“We had to do some kind of project for him to speak back, to bite back at the U.S. government,” he said during a recent press conference about the film. “He can speak louder than he ever could.”

But beyond government policies, Mr. Sugano says the heart of the problem is human connection.

“It’s the issue of the society wanting to categorize people by the label,” Mr. Sugano said. “I want people to deal with the person…beyond the label.”

And so “Cambodian Son” bares Mr. Kosal’s humanity—in his case, through poetry.

The film, which took two years to complete, is not a conventional documentary.

Eschewing biographical chronology—we don’t learn Mr. Kosal’s family history until near the end of the film—the documentary’s soul is his poetry.

In the film, we’re introduced to Mr. Kosal’s prison writing mentor, Rob Allbee, and the people behind the Los Angeles-based Ac­tors’ Gang Prison Project, who use theater as a method for prisoner rehabilitation.

“Art, when done well, can touch a part of the human life that nothing else can reach,” Sabra Williams of the Actors’ Gang Prison Project, who appears in the film, said in an email.

“It works on the psyche like cognitive therapy. It can give tools to re-pattern behavior and hold up a mir­ror to help people take personal responsibility.”

With the help of his mentors, Mr. Kosal began building on his talent for spoken word.

Throughout the film, Mr. Suga­no breaks the narrative with fragments of Mr. Kosal’s performance, letting his lyrics take center stage and allowing the lines to reverberate.

But “Cambodian Son” isn’t quite a story of redemption.

“There’s a lot of anger still,” Mr. Kosal said during the press conference.

Though the film offers a somewhat heartwarming conclusion, the viewer is left not with warm satisfaction, but with the burning embers of Mr. Kosal’s words and the enduring fury that fuels them.

“Cambodia and me are so much alike. We heal, slowly but surely. We’re still healing,” Mr. Kosal said.

“I’m still on that journey.”