The issue of compensation for the victims of PMT Air flight U4 241, which crashed in Kampot on June 25 killing 22, was once again raised during a National Assembly debate Monday.

Speaking at the Assembly, Nhim Vanda, first vice president of the Na­tional Committee for Disaster Ma­nagement, said that South Ko­rea was seeking PMT Air’s assistance in speeding up compensation to the families of the crash’s 13 Korean victims.

“The South Korean Ambassador [Shin Hyun-suk] wrote to PMT for help,” he told the Assembly, adding by telephone Tuesday that the ambassador had made a similar request to the State Secretariat for Civil Aviation.

However, a diplomat at the South Korean Embassy, who spoke on con­dition of anonymity, denied that Shin Hyun-suk or the embassy had asked for any such assistance.

“We didn’t actually ask for com­pen­sation,” the diplomat said, add­ing that the embassy did forward documents from UNICO, which he identified as the doomed flight’s insurer, seeking technical information about the flight and the names of passengers.

“We duly transmitted [the documents] to competent authorities, like the Council of Ministers and the state secretariat,” he said.

The South Korean diplomat said he was not sure whether the victim’s families were growing frustrated over not yet being compensated, adding: “We hope that it can be solved smoothly.”

Eng Sour Sdey, undersecretary of state for the SSCA, declined to comment on the case and referred questions to the secretariat’s Director of Operations Keo Sivorn, who could not be reached for comment Tuesday. 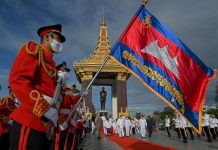 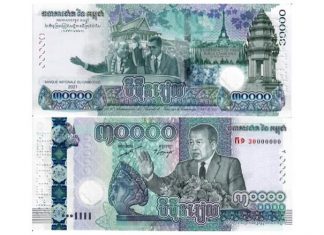