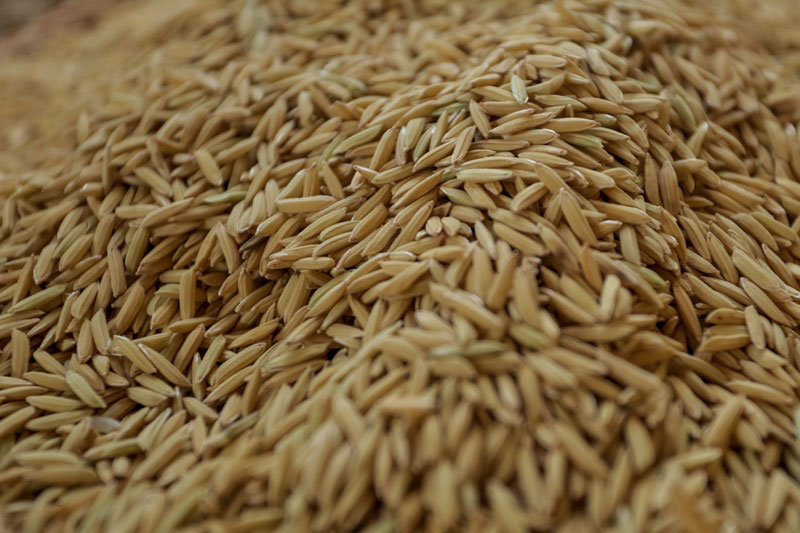 This was meant to be a milestone year for Cambodia’s rice industry, with the government aiming to export 1 million tons of the country’s staple crop by the end of 2015.

But with milled rice exports reaching just 387,061 tons in 2014, up a mere 2.2 percent from 378,856 tons in 2013, according the Agriculture Ministry, the government has revised down its expectations for this year. And industry experts say major hurdles must be overcome if the country is to hit the ambitious export target in the years to come.

Hean Vanhan, deputy director-general in the Agriculture Ministry’s general directorate of agriculture, estimated that Cambodia would export about 600,000 tons of milled rice in 2015, depending on how successful the government and private sector are at tapping into new foreign markets.

“We are still in the middle of big rice exporters in the region. We’ve just started [exporting] so it’s not a bad result,” Mr. Vanhan said Sunday.

“We need to find more markets and for consumers to recognize Cambodian rice,” he added.

In 2010, the government created a new rice policy with the goal of increasing paddy production, encouraging domestic milling and ultimately raising exports, all in a bid to boost the country’s rural economy.

According to an October economic update from the World Bank, significant gains were made in the ensuing years.

It adds that paddy production more than doubled from 2003 to 2013, from 4.3 million tons to 9.3 tons, and notes that Cambodia’s jasmine rice has been repeatedly named the world’s best rice by the World Rice Conference.

Another industry development came in May, when the country’s myriad miller and exporter associations united to form the Cambodia Rice Federation (CRF), electing Sok Puthyvuth, the son of Deputy Prime Minister Sok An and CEO of local conglomerate Soma Group, as its president.

Upon being elected, Mr. Puthyvuth said the two greatest obstacles to increasing exports were a lack of available funds and the quality of crops.

“[It] has been about 7 months now since the federation started, and it’s been challenging trying to fulfill our members expectation and overcoming our current internal and external challenges,” Mr. Puthyvuth said in an email last week.

The biggest blow to exports last year, he said, was due to the competition from Cambodia’s neighbors.

“Given that Myanmar [is] coming into the picture, and Thailand still [has] a lot of surplus. Cambodia will need to work very hard this year to improve our competitiveness,” he said.

From January to March, year-on-year exports plummeted 11 percent, from 95,228 tons in 2013 to 84,330 tons last year, due mainly to Thailand offloading its vast rice stocks to international buyers following the crash of its state subsidy plan.

And Thailand’s rush to sell is showing no signs of slowing.

According to the Thai Rice Exporters Association, Thailand exported 9.49 million tons last year, compared to 6.61 million tons in 2013, a figure expected to remain steady this year.

And since Burma entered a duty-free trade program with the European Union in 2013—similar to the one that boosted Cambodia’s exports beginning in 2010—the country has emerged as a major rice exporter.

Srey Chanthy, an independent economist who focuses on agriculture, said last week that the fallout from Thailand’s failed subsidy program would continue to drag down Cambodia’s exports. And with fierce competition from India, Pakistan and Burma, he said, the 1-million-ton target remains a long way off.

“Cambodia cannot compete and I don’t think it’ll achieve the million ton target because it is far beyond [our reach],” Mr. Chanthy said.

Darren Cooper, a senior economist at the London-based International Grains Council, said the CRF has been integral to giving the industry a “credible platform,” adding that Cambodia needed to find new markets for its rice if it hopes to increase official export figures.

“Most international forecasters would probably say that shipments are already at that [1-million-ton] level when one takes into account unofficial or border trade for instance,” Mr. Cooper said in an email earlier this month.

“In the longer term, the emphasis will be on further expanding the geographic diversity of the country’s exports if they are to move significantly higher,” he said.

In August, Cambodia made a significant step toward upping its exports when it signed a breakthrough deal with China to export 100,000 tons by April. The government inked a separate 30,000-ton deal with China later last year.

Mr. Van said the country also needs far more high-quality seeds than it currently receives in order to produce bigger and better paddy yields. Due to a lack of funds available to farmers and restrictive seed-import conditions set by the government, the quantity of available seeds is “a far cry” from what is needed, he said.

“You need a license to import seeds. But it’s not easy to get a license because it takes about six months and you have to submit seed samples and wait for the Ministry of Agriculture to plant and test them,” he said.

Another hindrance to official exports is the informal cross-border trade in paddy, Mr. Van added.

“In theory, the existing milling capacity could process almost the entire paddy surplus in Cambodia,” the report says.

An area in which Cambodia has made particularly slow progress is in forming institutions to certify and test crops before shipment.

According to a report released last week by the Geneva-based International Trade Center, this was an impediment to trade for 89 percent of agriculture exporters in the country last year.

“Few agencies in Cambodia are capable of testing and certification of products for export,” the report says.

Despite a mountainous task ahead, Yaing Saing Koma, president of the Cambodian Center for Study and Development in Agriculture, a local NGO, said on Friday that he believed the government could hit its 1-million-ton target by 2017.

“This year, the government may make energy costs go down, which will also help the profitability,” he said.

“And if there are more government-to-government deals, especially with China, we’ll be able to export more.”