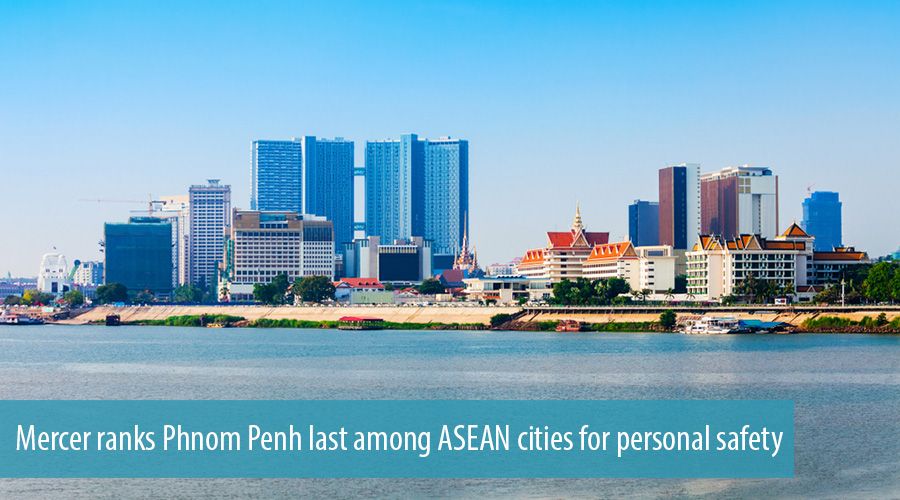 Cambodian capital Phnom Penh has been deemed the worst city in East and Southeast Asia for personal safety according to Mercer’s latest quality of living index.

Now in its 21st edition, the annual Quality of Living index compiled by human capital consultancy Mercer assesses a comprehensive range of factors in over 450 cities worldwide to arrive at its overall rankings – with Singapore the perennial top performer in Asia and the upper ranks largely dominated by cities in the DACH region: Germany, Austria, and Switzerland.

This year, however, Mercer has also provided a separate ranking specifically for personal safety. Overall, Luxembourg was considered the safest city in the world, while Phnom Penh was assessed as the worst of all East and Southeast Asian cities, finishing one spot below Yangon in 199th place worldwide. Singapore, again, was the highest placing city in the region, at 30th.