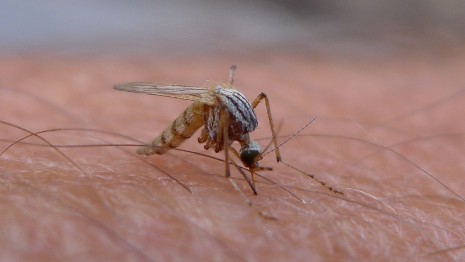 Little Will Be Learned From Damning Global Fund Scandal

When the Global Fund to Fight AIDS, Tuberculosis and Malaria last week released the damning results of an investigation into the bribes government officials received to manipulate multimillion dollar grants for mosquito nets, it was an unusually comprehensive look into the local culture of corruption.

But aid experts say it is unlikely to change much before it is time for Cambodia’s foreign aid donors to, “zombie”-like, once again pledge funds to the government.

“Donors are like zombies; no matter how badly Cambodian officials behave, there never seem to be any serious consequences,” said Sophal Ear, a professor and author of “Aid Dependence in Cambodia: How Foreign Assistance Undermines Democracy.”

“In previous years, the annual donor meetings were exercises in cognitive dissonance as donors complained of corruption, etc., and pledged more than the government requested,” Mr. Ear said.

He attributed the cognitive clash to what he called the “Good Samaritan’s Dilemma,” which is especially acute in the health sector.

“What do you [do] if people are dying and your partner in helping them is corrupt?” Mr. Ear asked.

“Do you just hold your nose and keep plugging away or do you say enough is enough?”

With few signs that the culture of corruption is being tackled, donors will continue to pledge ever more aid to the government, he said.

“The Global Fund’s Office of Inspector General did the right thing to expose this. Yes, it could mean less money in terms of the health sector, but that is no skin off of officials’ backs. They figure they’ve got Chinese largess and investments,” he added

Indeed, China has grown into Cambodia’s biggest investor in recent years and gets regular praise from Prime Minister Hun Sen for not asking too many questions in return.

According to the Global Fund investigation, the previous director of the Health Ministry’s National Malaria Center alone received $351,000 in bribes to give some $12 million in grants to two foreign firms providing mosquito nets to the government.

Senior health officials have challenged the Global Funds revelations of massive graft in government ranks and downplayed its relevance.

Whether or not the government carries out an investigation of those named in the Global Fund report, donors will keep giving aid and officials will keep taking bribes for much the same reasons—habit, said Soeung Saroeun, head of programs for the Cooperation Committee of Cambodia (CCC), an umbrella group that represents much of the local NGO community when the government and its foreign donors meet.

“It won’t be affecting much at all because corruption has been in this country for decades,” he said.

“It’s just one in a series of perennial embarrassments,” he said, going back to the days of the U.N. Transitional Authority in Cambodia, which organized the country’s first democratic elections in decades in the early 1990s. When the U.N.’s Land Cruiser SUVs started disappearing, he said, the world body whitewashed much of the blatant theft by claiming after the fact that the vehicles had been donated.

In donors’ eyes, Mr. Ear said, “Cambodian officials are already known for corruption; there isn’t much of a reputation to ruin.”

While that reputation was unlikely to change soon, the CCC’s Mr. Saroeun said he had noticed some impetus for change.

“The youth are more active in questioning the government and institutions,” he said. Coupled with the rapid spread of social media, he added, “there is a push from the public for more transparency.”

Preap Kol, executive director of the anticorruption organization Transparency International Cambodia, said he had seen little effort from the government to combat corruption as yet. And while the latest scandal may not dent the amount of foreign aid given to the government, he added, “donors will have to be more cautious…they will have to spend more on oversight.”

Mr. Kol said the motivation for the added caution will come not from the governments of the donor countries, but more likely from the taxpayers in those countries who ultimately foot the bills for aid and development projects.

Officials from Japan said as much during a visit from Prime Minister Shinzo Abe last week. Japan, with its stagnant economy and massive sovereign debt, is Cambodia’s most generous aid donor.

Tomohiko Taniguchi, a Cabinet councilor and speechwriter for Mr. Abe, said Japan’s taxpayers were growing increasingly wary of lending to corrupt countries and that some even lobbied the prime minister not to visit Phnom Penh.

The Asian Development Bank, which presently holds the rotating position of lead donor partner to the Cambodian government, declined to comment for this article.