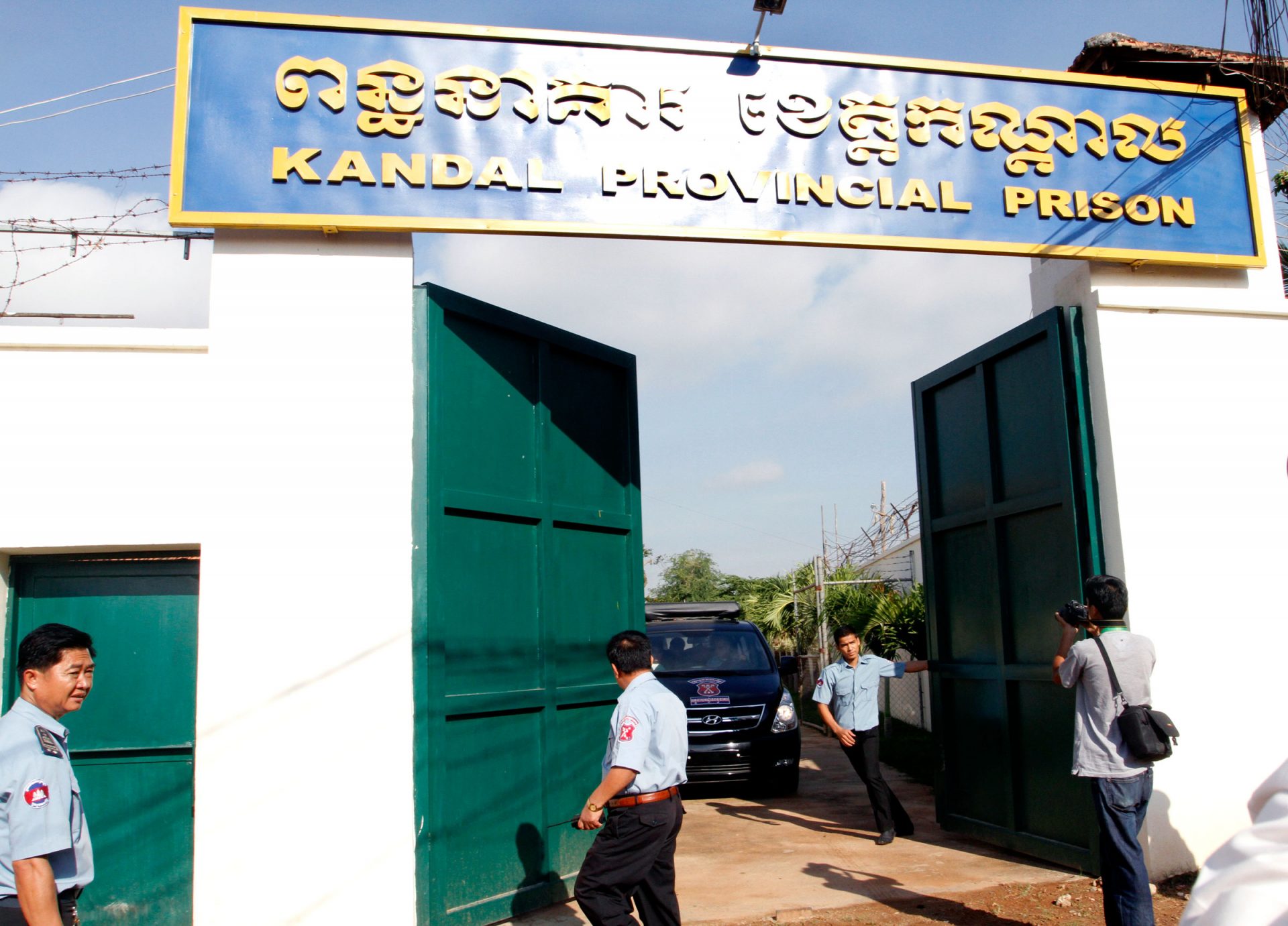 Kaing Guek Eav, alias Duch, the former chief of the Khmer Rouge’s S-21 prison, was taken Thursday to a specially built cell in Kandal Provincial Prison to serve out the remainder of his life sentence for crimes against hu­manity, court and prison officials said.

The 70-year-old war crimes convict, whose sentence was meted out on appeal by the Khmer Rouge tribunal’s Supreme Court Chamber on February 3, 2012, was taken from the detention center at the Extraordinary Chambers in the Courts of Cambodia and delivered to the Kandal province prison at 7:50 a.m.

He was transported to his new home in a black car with dark tinted windows and with an escort of three vans filled with armed security.

Prison director Chat Sineang said a new prison cell had been purpose built to house Duch, in accordance with a request by prosecutors at the war crimes court.

“We will keep him in a separate detention facility built for him solely,” Mr. Sineang said. “His detention cell is good; it is equipped with a bed and mattress and is accompanied by a private bathroom with enough water supply.”

Despite the bespoke nature of his detention, Mr. Sineang said: “But there will be no special treatment set for him.”

“He wears the prison uniform and will be allowed out of the detention cell twice a day like other inmates.”

Pressed for details on the size of the new cell, Mr. Sineang said only that it had a “big window” for airflow.

“The detention cell where Duch will be held is big enough for him, and it has never housed any inmates before,” he added.

Twenty minutes after the green steel gates of the prison closed behind Duch, a statement was issued by the tribunal’s Office of the Co-Prosecutors saying a team had gone to inspect Duch’s new living quarters prior to his transfer.

“Staff members of the Office of the Co-Prosecutors visited Kandal Provincial Prison in June 2012 and May 2013 and inspected the accommodation proposed for Kaing Guek Eav,” it said.

“While recognizing the practical constraints of local prison conditions the Co-Prosecutors have concluded, based on their inquiries, that the prison accommodation on offer to Kaing Guek Eav is that which will best protect his interests.”

The statement adds that the transfer request was made on May 21, at which time the prosecutors “sought an undertaking from the General Department of Prisons that the place and conditions of Kaing Guek Eav’s detention will not be varied to his detriment during his term of imprisonment.”

Duch was originally sentenced to 35 years in prison by the Khmer Rouge war crimes tribunal in 2010, but this was increased to life upon appeal last year.

Through his role as the jailer of the deadly S-21 security center, Duch is considered responsible for at least 12,272 deaths. Announcing its ruling, the Supreme Court Chamber said that Duch had a central role at S-21, which included ordering the systematic torture and execution of inmates.