King Norodom Sihanouk has given his approval to same sex mar­riages in Cambodia, and said transvestites should be treated equally in society.

In a letter posted on his Web site Friday, the King noted the recent news coverage of same sex marriages in the US, particularly in the Californian city of San Francisco, and that he was in favor of Cambo­dia following the same example.

The King also stood up for the rights of Cambodia’s transvestites, called “Khteuys” in Khmer.

“Khteuys (neither man nor woman); those Khteuys must be accepted and well treated in our national community. As for homosexuals and lesbians, I respect them,” the King wrote.

The King is currently in Bei­jing receiving medical treatment for an assortment of illnesses.

Government spokesman Khieu Kanharith declined to comment on the King’s proposal Friday, saying it was a tradition to not comment.

According to Cambodia’s Law of the Marriage and Family, same sex marriage is prohibited. The article also states that marriage is also prohibited for impotent men, the insane and those who have not been completely cured of leprosy, tuberculosis, cancer or a venereal disease.

Ky Tech, president of the Cam­bodian Bar Association, said Fri­day the law was still in use in courts. 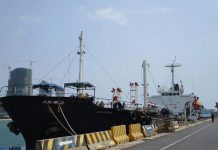 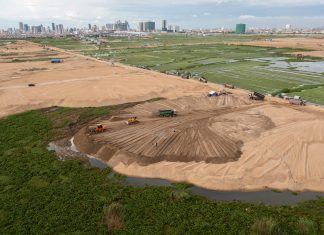 Is Cambodia’s thirst for sand putting communities and the Mekong at...

By
Third Pole
-
August 1, 2021
0
The Cambodian government is embarking on a number of ambitious development projects, which critics say come at the expense of the environment and people’s livelihoods.

Is Cambodia’s thirst for sand putting communities and the Mekong at...

Indonesian Crews of Ship Docked in Cambodia to Be Re-examined