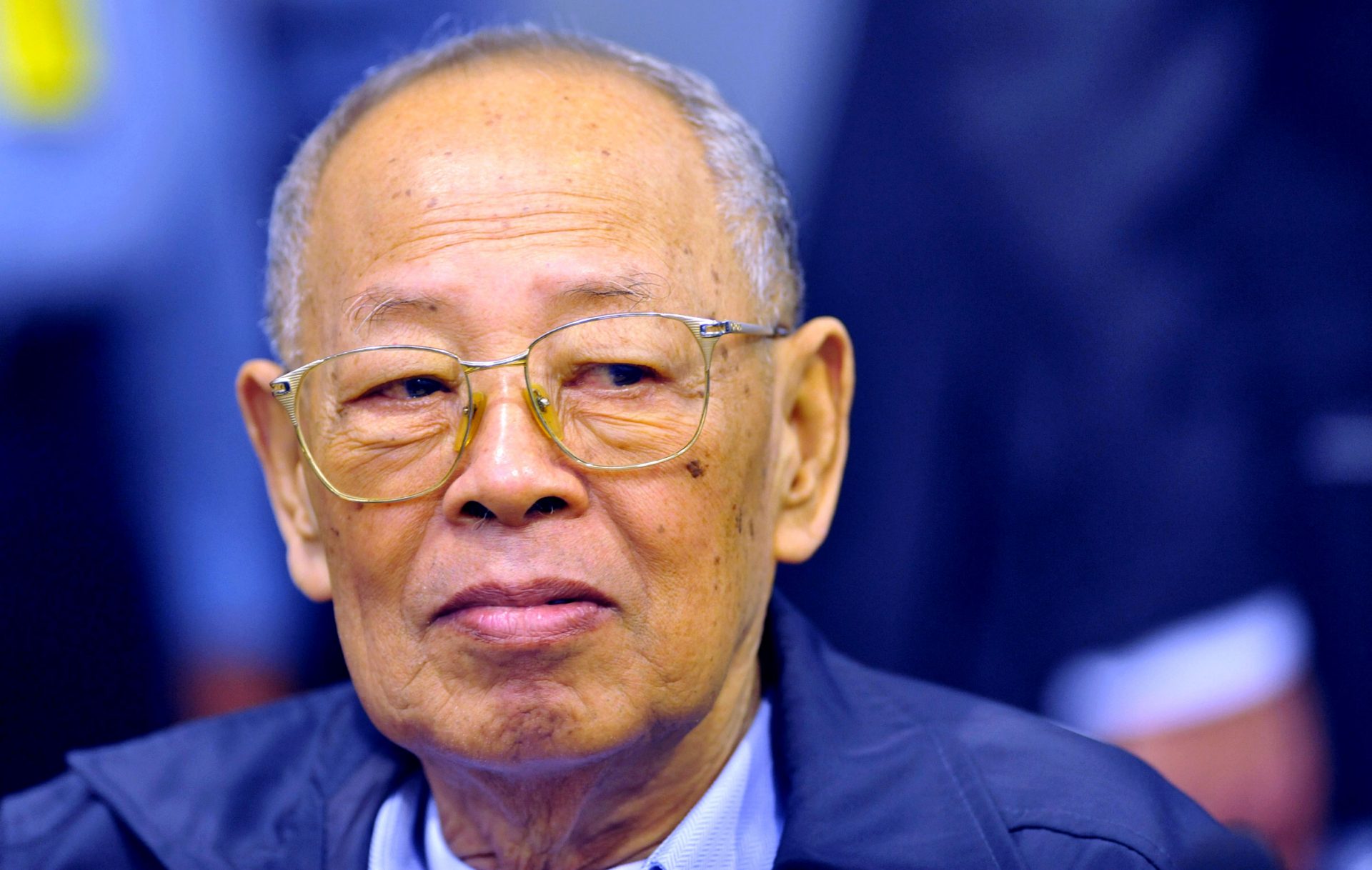 Former Khmer Rouge Foreign Minister Ieng Sary has died in a hospital in Phnom Penh at the age of 88, a spokesman at the Khmer Rouge tribunal has confirmed.

“Ieng Sary died at the Khmer Soviet Friendship Hospital at 8:45 a.m. today and his body has remained at the hospital,” said Neth Pheaktra, spokesman for the Extraordinary Chambers in the Courts of Cambodia. “Before handing the body to the family, we need to implement our procedure by allowing the court prosecutor to examine the body to find out whether he died naturally or if there was another cause.”

Ieng Sary, who was on trial for crimes against humanity, had struggled with his health several times over the course of proceedings in the trial known as Case 002 and was most recently admitted to the hospital on March 4 with diarrhea and vomiting.

Ieng Sary’s son, Pailin deputy governor Ieng Vuth, confirmed that court officials were examining his father’s body and that his family was at his bedside when he died.