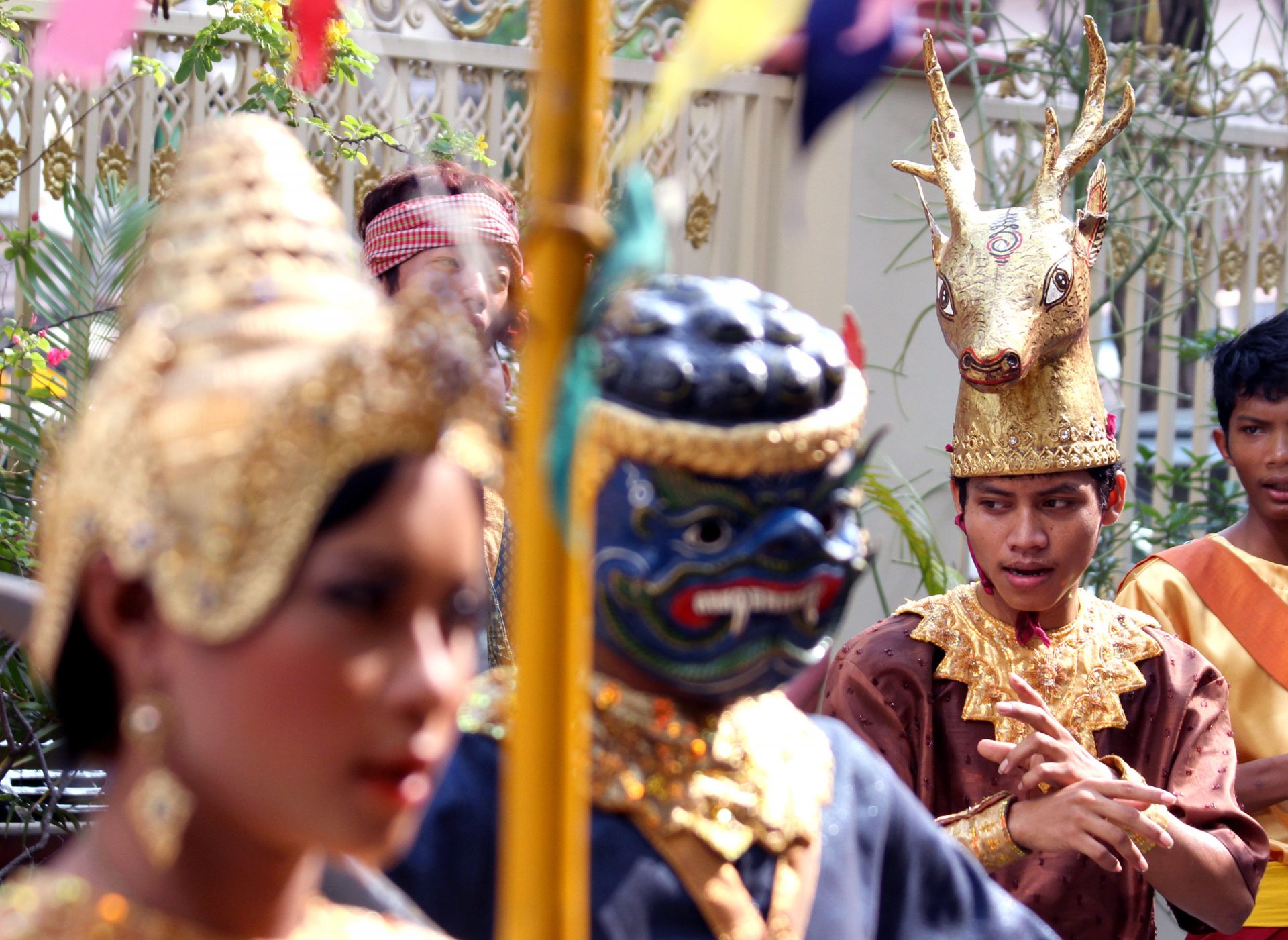 She will arrive on earth astride a garuda with pomegranate flowers adorning her hair. In her left hand she will carry a snail and in her right she will be clutching a chakram, a ring-shaped weapon with sharpened outer edges.

According to the annual almanac distributed by the Ministry of Cults and Religions, 2013’s Khmer New Year devada will usher in a consumerist age for Cambodians to buy anything from land to jewelry.

She will arrive at precisely 2:12 a.m. on Sunday, April 14, and will be called Thungsa Devi.

The custom of the New Year’s angel comes from a Khmer fairytale with roots in Indian mythology, said Sombo Manara, a historian at the Royal University of Phnom Penh.

Kabel Moha Prom challenged a young scholar to a battle of wits. If the boy could answer the riddles, the king would cut off his own head; if he couldn’t, the boy would lose his. The boy won and the king was decapitated.

“But his head could not fall to the ground because it would cause a disaster and the earth would catch on fire. So the King told his seven daughters to take care of the head,” Mr. Manara said, explaining that the seven daughters represent each day of the week during the Khmer New Year. Since this year’s celebration falls on a Sunday, Thungsa Devi, the first daughter, will be responsible for caring for the head.

For her arrival on Sunday, the almanac states that Cambodians must buy food in order to bring good luck into their homes, while new clothes should be purchased the day after to cast out bad luck.

“On Tuesday, people should buy land, brick or sand, or anything that is heavy to bring additional success,” the almanac continues. “On Wednesday, if you have anything in a pawn shop, you should go and get it back and this will ensure you a happy life.”

Thursday is the day to buy jewelry—more specifically, diamonds— while Friday is the day to invest “in bonds, or anything that you can save for a long time.” The week of Khmer New Year ends with the purchase of animals—“horses, buffaloes and cows”—which will ensure success. The almanac also predicted that this year will bring with it heavy rainfall, which will lead to an abundant harvest.

Previous articleCreditors, Court In Dispute Over Mfone Case
Next articlePeople Flock to Their Homelands to Celebrate Khmer New Year