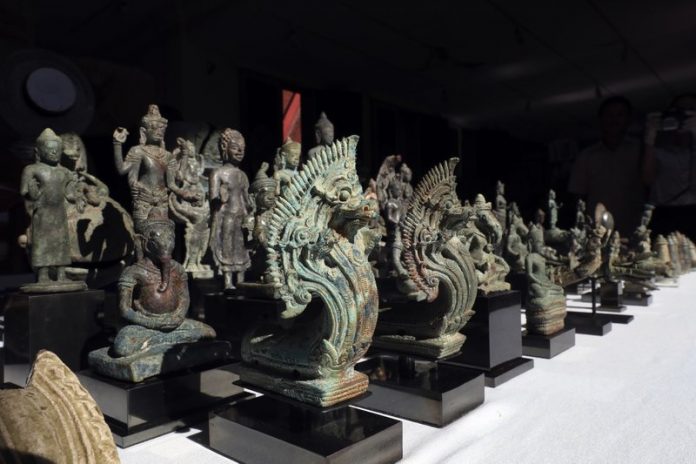 Millennium-old Cambodian artifacts displayed in a Japanese collector’s home for two decades have been returned to the Southeast Asian country’s National Museum.

The 85 artifacts are mostly small bronze items and include statues of Buddha and the Hindu god Shiva, plus jars, ceramics and jewelry. Cambodia’s Culture Ministry says some items were older than the Angkor era, which began about 800 A.D. Others date from the Angkor era or just after it ended in the late 14th century.

Cambodia has made intense efforts to recover artifacts looted during its civil war in the 1970s.

Previous articleCambodian girl escapes life of poverty to land scholarship at University of Melbourne
Next articleIs Beijing hitting out at offshoring in Cambodia?