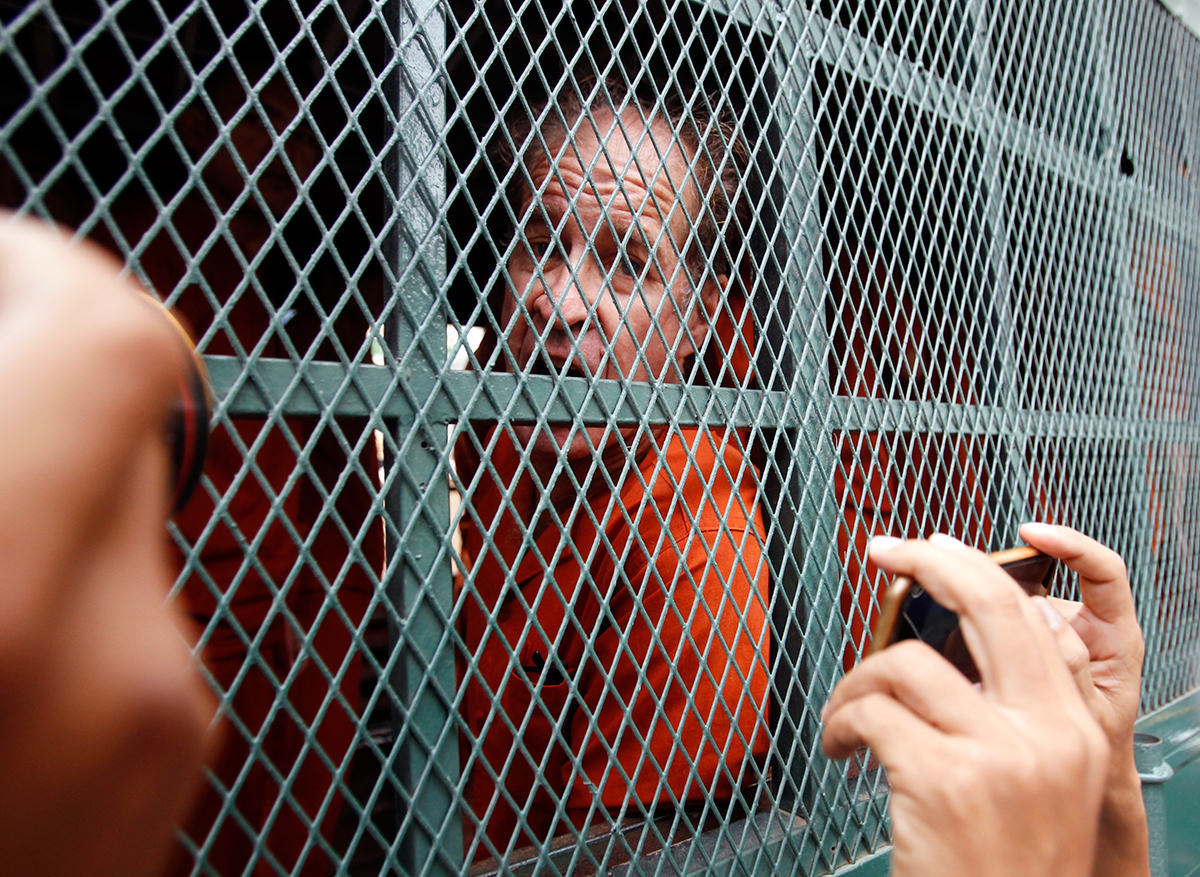 James Ricketson: Future May Include a Return to Cambodia

Australian filmmaker James Ricketson spent 15 months in Phnom Penh’s notorious Prey Sar prison on espionage charges. In the final installment of a four-part interview with The Cambodia Daily, Ricketson describes future plans that may include a return to Cambodia.

Q: Have you been in contact with the Australian government since your release from prison?

No. Nothing, really, except that I asked [the Australian embassy in Phnom Penh]—and hence [Department of Foreign Affairs and Trade] DFAT, if they would do two things for me. One is to find out what my legal status is vis a vis the pardon…whether or not that wipes the slate clean. Whether or not I have no criminal record in Cambodia and hence am free to go back to Cambodia. Or whether it means that the pardon was contingent on me only being able to go back to Cambodia under certain circumstances. I’ve got no idea and I can’t find out. The other thing is that, if the slate was wiped clean and I have no criminal record and all the charges were dropped, then what justification does the Phnom Penh Municipal Court have for keeping $50,000 of my film, computer, mobile phone and drone equipment?

I’m left in a kind of no man’s land. I don’t know whether, if I arrive back in Cambodia, I’ll be immediately arrested again or whether it’s all over and done with and I can come back to Cambodia and continue doing my humanitarian work. I’ve got no idea. And my embassy won’t help me. At all. So I’ve got to do everything I possibly can to just say to the Cambodian government, “Look, I’m not an enemy of Cambodia. I’m a friend of Cambodia’s.” And as a journalist I have been a critic of Cambodia. I personally think that the government’s got to relax a little bit when it comes to criticism because anybody that wants to obtain a critical view of Cambodia only has to go to Google to find it. It’s not as if one humanitarian working in Cambodia is going to sway people’s opinion. But that’s for the Cambodian government to decide. [But] I think they are overly sensitive to criticism.

Do you feel bitter about what happened?

No, not at all. I think bitterness is an absolutely pointless emotion to feel about anything in life. So this is no different. No, it was an experience. There are many positive things that came out of the experience. There are many people in the world, many people in Prey Sar that are doing it much tougher than I ever did. When I came out here and look at what’s going on in the world for the first time, the problems confronted by victims of the Tsunami, by refugees. I know my problems are minuscule by comparison to the problems of so many people in the world. I’m now back at Palm Beach and I’m looking out over the ocean and I’ve got some lovely colored birds that have just landed on the verandah. I’m a hugely privileged member of a first world country and there are lots of people who have it much tougher than I do. So I suppose one of the things that comes out of things like this is that you develop a great deal of empathy and compassion for people who are suffering month by month, year by year, as a result of circumstances beyond their control. You know the refugees, for instance, I think of all the millions of refugees now that are living in refugee camps as a result of their country being engaged in a civil war of one kind or another. [So] no. I don’t feel bitter.

Q: What are your plans for the future?

I’ve got 18 families that I’m in the process of trying to buy houses for. I’ve got a lot of friends. I want to come back to Cambodia. I love Cambodia, but at the same time I’m a journalist and I believe in free speech and the Cambodian Constitution guarantees free speech. So I’d like to steer a middle path between being a friend to Cambodia, which I am, and also feeling free, if necessary, to be critical of the government. It’s a delicate balance that I may not be able to achieve. But I’m going to give it a go.

I’m going to continue to raise money to help the poor people I’ve been helping. And strangely enough, the 15 minutes of fame I’ve been enjoying back in Australia has put me in an ideal position to raise money. So that’s going well, and I think I’ll achieve my $50,000 goal. I can build six or seven houses for $50,000, so that’s six or seven families that can move out of the shacks they are living in next to the rubbish dump [and] into proper housing. What I want to do is film the process of their lives being transformed and then use those films themselves to raise more money. All I am asking people to do is put in $5. Your $5 could help move a family from your little shack into one of these fine houses. And here’s the evidence of it. So what I am trying to do is combine my filmmaking skills and my humanitarian work for the benefit of Cambodia. Without getting arrested.