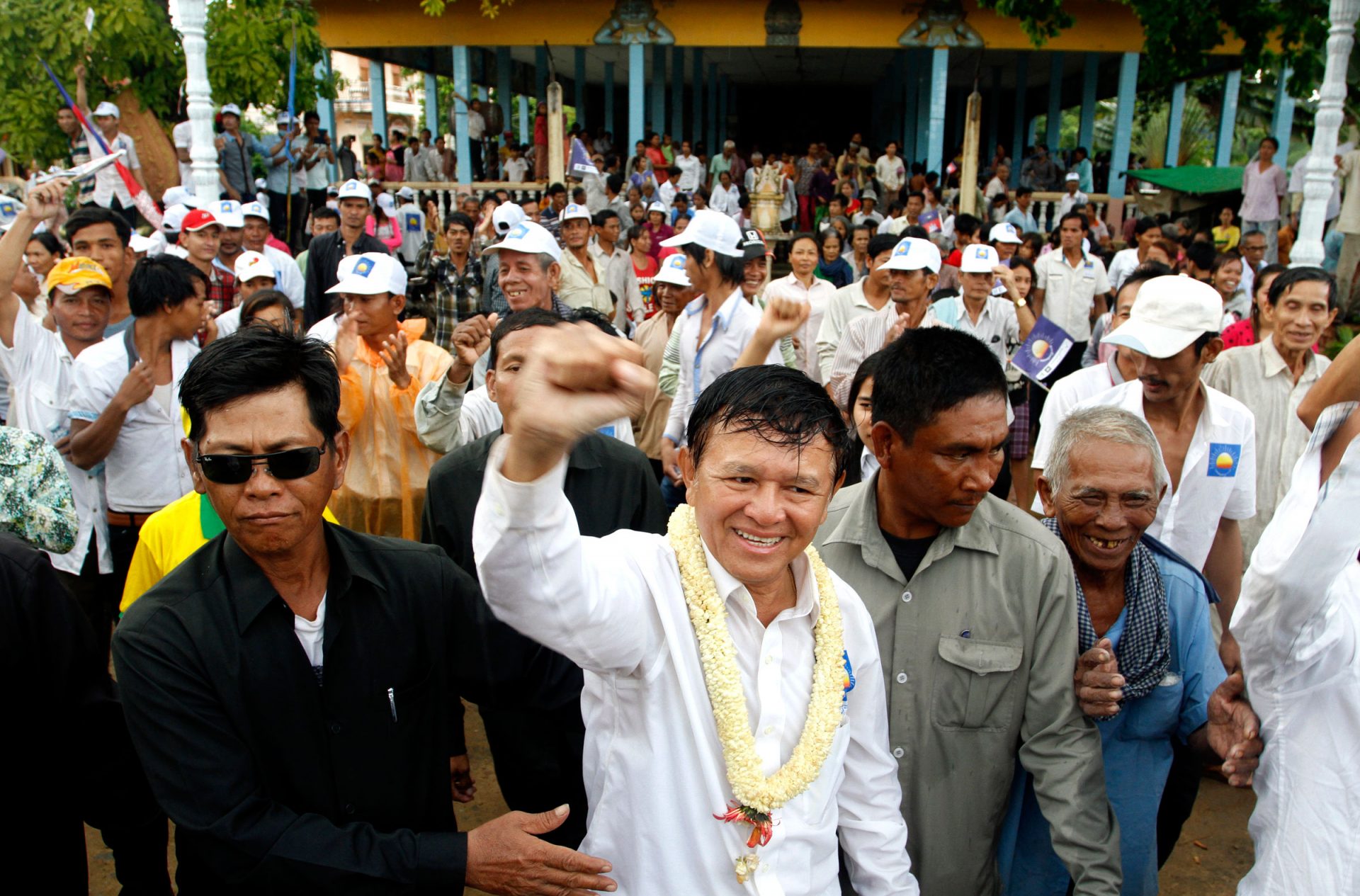 In CNRP Campaign, a Subtler Approach to ‘Vietnamese Issue’

Then, after leading a convoy of CNRP supporters down National Road 21, through the lush farmland along the Tonle Bassac River, he delivered a nearly identical speech to hundreds of villagers at a pagoda in Kompong Kong commune, about 10 km from the Vietnamese border.

“The Cambodia National Rescue Party ensures that we will protect Cambodian land because Sam Rainsy and Kem Sokha are not indebted to Vietnam, Thailand or other foreigners,” Mr. Sokha said.

Claims of a cozy relationship between Prime Minister Hun Sen’s government and Hanoi have long been a central grievance of opposition parties, who have claimed that a tacit pro-Vietnamese policy by the government has led to lax enforcement of immigration policies, favorable treatment of Vietnamese investors and even the loss of Cambodian land.

Mr. Sokha, however, mentioned Cambodia’s neighbor by name only twice in his speeches Thursday.

“Before this year’s campaign, we advised our activists not to talk much about these [Vietnamese] issues because people consider us racist,” Mr. Sokha said during a break in campaigning.

“The CPP accuses us of that. We know they follow us and record our voices and give those recordings to the ambassadors at embassies and say that we are racist.”

Indeed, Tith Sothea, a spokesman for the Council of Ministers’ Press and Quick Reaction unit, said last month that Mr. Hun Sen had instructed his office to transcribe speeches by the opposition to show the international community what tactics the CNRP were using to draw support.

Mr. Sokha said Thursday that the two most important messages he is delivering to the people is that the CNRP can maintain stability if it is voted into government and has the financial means to deliver on its campaign promises.

And although Mr. Sokha was careful Thursday to refrain from repeatedly calling out Vietnam by name, his speeches included a number of thinly veiled references to the country that toppled the Khmer Rouge and installed a communist government.

“If we still keep a leader that is controlled by foreigners, our country will remain under foreign control, and if we want our country to survive and not be run by foreigners, you must vote CNRP,” Mr. Sokha said during both of his speeches Thursday.