In 2017, Cambodia’s Supreme Court, which is aligned with the ruling party, dissolved the opposition Cambodia National Rescue Party (CNRP). Hun Sen said the decision was rooted in the “rule of law” and used it to crack down on opposition activists. Some politicians abroad, including Rainsy, planned to return on Nov. 9 despite being charged with a coup attempt. (Rainsy has called for a “peaceful uprising.”) Cambodia likely wielded diplomatic influence to convince Thailand, Malaysia, and Indonesia to detain or deport CNRP members en route. More than 50 former CNRP members are currently under arrest inside Cambodia.

But as his government swats away the opposition, Hun Sen seems to recognize the importance of maintaining some public support. He is trying to win over Cambodians—or at least coax them into complacency—by shrouding his authoritarian governance in a cloak of democratic legitimacy. 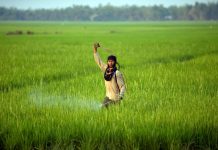 Is First ACU Case a Sign of Things to Come?