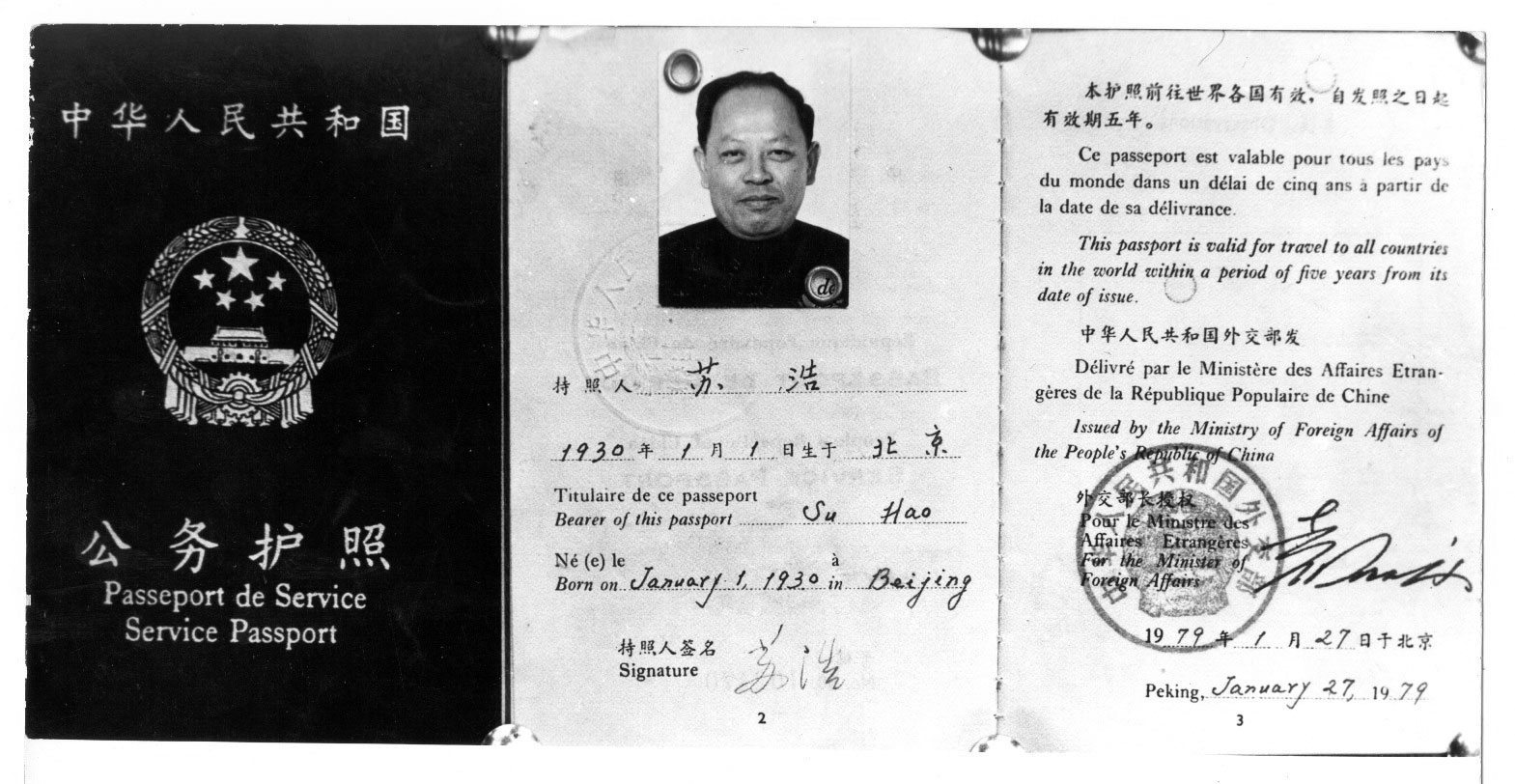 Ieng Sary, the recently deceased foreign minister of the Khmer Rouge, was given a Chi­nese passport by Beijing after the fall of the Pol Pot regime in 1979, a move by the Chinese government to curtail the Vietnamese-installed People’s Republic of Kampuchea, historians said Tuesday.

Issued on January 27, 1979, by the Ministry of Foreign Affairs of the People’s Republic of China, the passport portrays Ieng Sary under the alias Su Hao, who was born in Beijing on January 1, 1930.

“This passport is valid for travel to all countries in the world within a period of five years from its date of issue,” the passport states in three languages.

According to Philip Short’s “Pol Pot: The History of a Nightmare,” Pol Pot decided to send Ieng Sary to Beijing after Vietnamese forces toppled the Khmer Rouge in January 7, 1979, in order to formulate a plan of resistance with the Chinese.

With the help of a Thai military helicopter, the former foreign minister was taken from Poipet to Bangkok where he boarded a commercial flight to Hong Kong on January 11. He met with Chinese leader Deng Xiaoping the next morning to discuss how to expel the Vietnamese from Cambodia.

“He was supplied with the Chi­nese passport to make his traveling of the world easier…to spread the cause of the Khmer Rouge,” historian Henri Locard said. “The Chinese had by then decided that they would support the Khmer Rouge in order to force the Viet­namese to leave Cambodia.”

Mr. Locard added that the alias, Su Hao, is especially curious given that there was a Chinese ambassador to Phnom Penh named Sun Hao, and it was likely that the Chinese had just provided Ieng Sary with a variation of the name.

Julio Jeldres, official biographer for late King Father Norodom Si­hanouk, said Ieng Sary did not have a passport when he escaped to Thailand after the fall of the Khmer Rouge in 1979.

“The Chinese provided him with a ‘Service Passport,’ which is one rank down from a ‘Diplomatic Passport’ but allows the bearer to move unquestioned in and out of the countries that recognized Chinese passports at the time,” Mr. Jeldres said in an email, explaining that between 1980 and 1990, several European countries and Australia had ceased to recognize Democratic Kampuchea, making that passport impossible to travel on.

From the time of the passport’s issuance in late January 1979, Ieng Sary traveled extensively, said Mr. Jeldres. This included trips to Sri Lanka for a meeting of the Non-Aligned Movement, to New York for U.N. meetings, and to Thailand to discuss border problems between the two countries that stemmed from massacres committed by the Khmer Rouge in Thailand.

From the time Ieng Sary defected to the government in 1996 until 2001, he held a Cambodian diplomatic passport that was issued by the Ministry of Foreign Affairs. Foreign Ministry spokesman Koy Kuong said that he was unaware of the reasons as to why such a passport, which is reserved for government officials, was given to the war crimes suspect.

After Ieng Sary’s death on March 14 from natural causes, information has emerged regarding his assets, including a reported Hong Kong bank account that once contained up to $20 million, which was largely amassed from the Chinese government for use by the Khmer Rouge, as well as from selling huge amounts of timber and gemstones extracted from the Thai-Cambodian border areas he commanded.