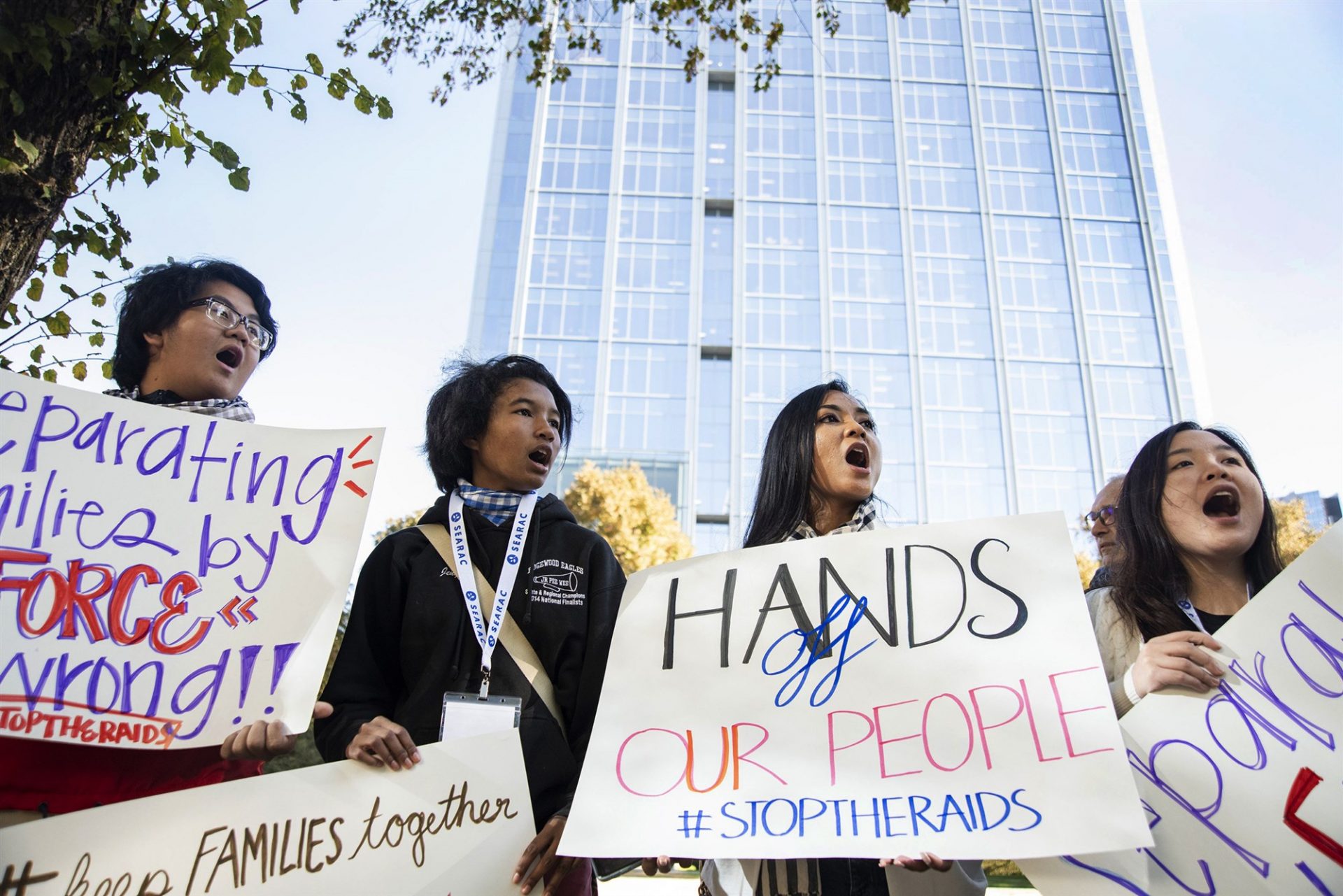 The number of Cambodian nationals deported over the past two fiscal years has seen a 279 percent increase, according to ICE, which said the majority were criminals.

More than 500 people gathered at nationwide rallies in the past week to protest the deportation of Cambodian Americans as Immigration and Customs Enforcement data shows the number of such deportations over the past two fiscal years has seen a 279 percent increase.

Nearly 120 people gathered at the California State Capitol on Thursday, joining others in San Francisco, Massachusetts, Washington and Rhode Island, following a similar event in Boston on Monday.

There were 16 known Cambodian Americans across the country who had scheduled immigration check-ins Thursday, according to Anoop Prasad, staff attorney at civil rights group Asian Americans Advancing Justice — Asian Law Caucus. As of Thursday afternoon, seven of the 16 individuals who checked in with ICE had been detained, rally organizers said.