Prime Minister Hun Sen appointed the former director of Phnom Penh’s health department to a new position at the Ministry of Health on Monday, two days after he stripped the official of his erstwhile position during an on-air call to the popular ABC radio station.

Mr. Hun Sen also defended his intervention in a case critics said undermined the authority of government officials, saying that he had in fact prevented a potentially worse outcome for all involved. 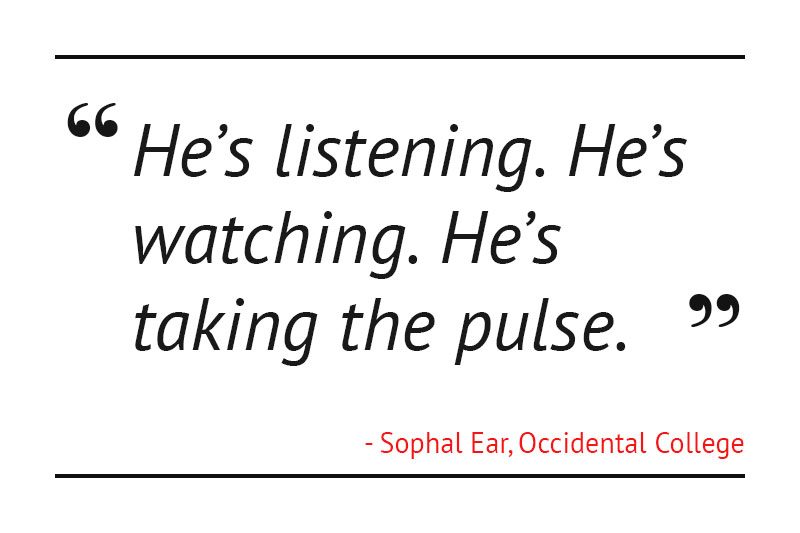 ABC’s staff and fan base then took to the airwaves to defend the station’s use of the ambulance, saying that it had mainly been employed to transport corpses for poor families. Mr. Hun Sen called in to the station on Saturday to apologize for the health department’s actions, announce that Mr. Sokun would be stripped of his title, promise to return the ambulance, and offer two more as a personal gift.

In a Facebook post on Sunday, Mr. Hun Sen clarified that Mr. Sokun would be assigned to a new position but maintained that the official should have coordinated with police and prosecutors to impound the ambulance rather than take unilateral action.

Mr. Sokun said he would start in his new role today.

Asked how he felt about the apparent demotion, Mr. Sokun said he would “accept the task given by the government.”

In another Facebook post on Monday, Mr. Hun Sen suggested that his intervention had left Mr. Sokun better off. Responding to critics who said the former health department director had simply been enforcing the law when he ordered the ambulance impounded, Mr. Hun Sen reiterated his earlier argument that officials working under Mr. Sokun, 16 of whom were judicial police, had not followed proper procedures.

“If there is evidence, why not bring it to court?” Mr. Hun Sen asked. “Just acting without a prosecutor’s warrant and without the participation of stakeholders was a mistake.”

“I could have set up an inspection team…and then sent the case to court, which would have resulted in a losing situation,” he continued. While ABC would likely have had to pay for not having license plates on the ambulance, he said, Mr. Sokun might have found himself without a job at all due to his transgressions.

Since the beginning of the year, the prime minister has used public speeches and his personal Facebook page to overrule unpopular laws, projects and officials—canceling a planned airport expressway, an unpopular highway toll and elements of a new traffic law. Within a span of 24 hours in June, he fired, suspended and then reinstated a general after a video surfaced of the man berating a traffic police officer.

For Sophal Ear, associate professor of diplomacy and world affairs at Occidental College in Los Angeles, such episodes prove that the prime minister keeps an ear to the ground and his hands firmly on the reins of power.

“He’s listening. He’s watching. He’s taking the pulse,” he said in an email on Monday. “But of course, all of this comes back to him: one person decides and does as he pleases.”

“This is all a bit of theater of the absurd really; is this how countries are governed? Via Facebook? Via edicts and speeches?”

San Chey, country director for the Affiliated Network for Social Accountability, said that ABC and the municipal health department should have been able to resolve the issue without outside help.

“The action should be taken by the Ministry of Health rather than by the prime minister,” he said.

“His intervention looks like power abuse,” he added. “It is the kind of action that makes public officials reluctant to enforce their work.”

Council of Ministers spokesman Phay Siphan, however, said the prime minister was justified in overruling laws in cases where social harmony was at stake.

Mr. Hun Sen “sees the balance between the rule of law and the way people are living” and makes decisions accordingly, Mr. Siphan said.

“The way people want is harmonization,” he said, adding that the Khmer Rouge offered an example of what happens when laws are overzealously enforced. “They implemented rule of law during the Pol Pot regime. If you steal a chili, you are going to be executed.”

The ambulance case, by contrast, had been an educational experience for citizens and officials alike, he said. “Let everyone learn from this case.”