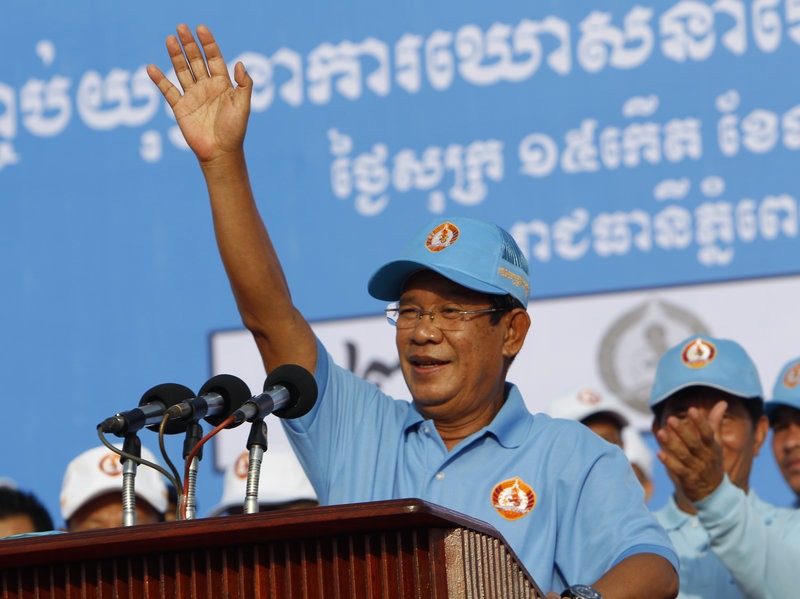 Prime Minister Hun Sen, prompted by a family quarrel, has called for the dismissal of CNC Television CEO Ouk Vora, according to a recording of the conversation made available toThe Cambodia Daily.

The recording offers a rare public glimpse into a private conflict between two of the country’s most powerful titans.

In the 15-minute leaked audio voice message, which The Cambodia Daily received from a user on Facebook, Hun Sen ordered Kith Meng—chairman and CEO of Royal Group, the parent company of CNC—to fire Ouk Vora on the grounds that the CEO had abused the rights of his employees and was planning to fire 32 staffers, including a pregnant woman who is Hun Sen’s relative.

The Prime Minister said that if Ouk Vora—the nephew of Deputy Prime Minister Men Sam Orn—does not resign from CNC, then demonstrators would soon gather outside his station’s doors.

“I will kneel down in front of you if no protest occurs,” Hun Sen said.

“Even you are Men Sam Orn’s nephew, even if you are the mother or the father of the king, if I want to do it, I will do it,” the Prime Minister added. “I can handcuff an opposition party leader in the middle of the night easily. You should know who Hun Sen is.”

Ouk Vora did not respond to inquiries from The Cambodia Daily.