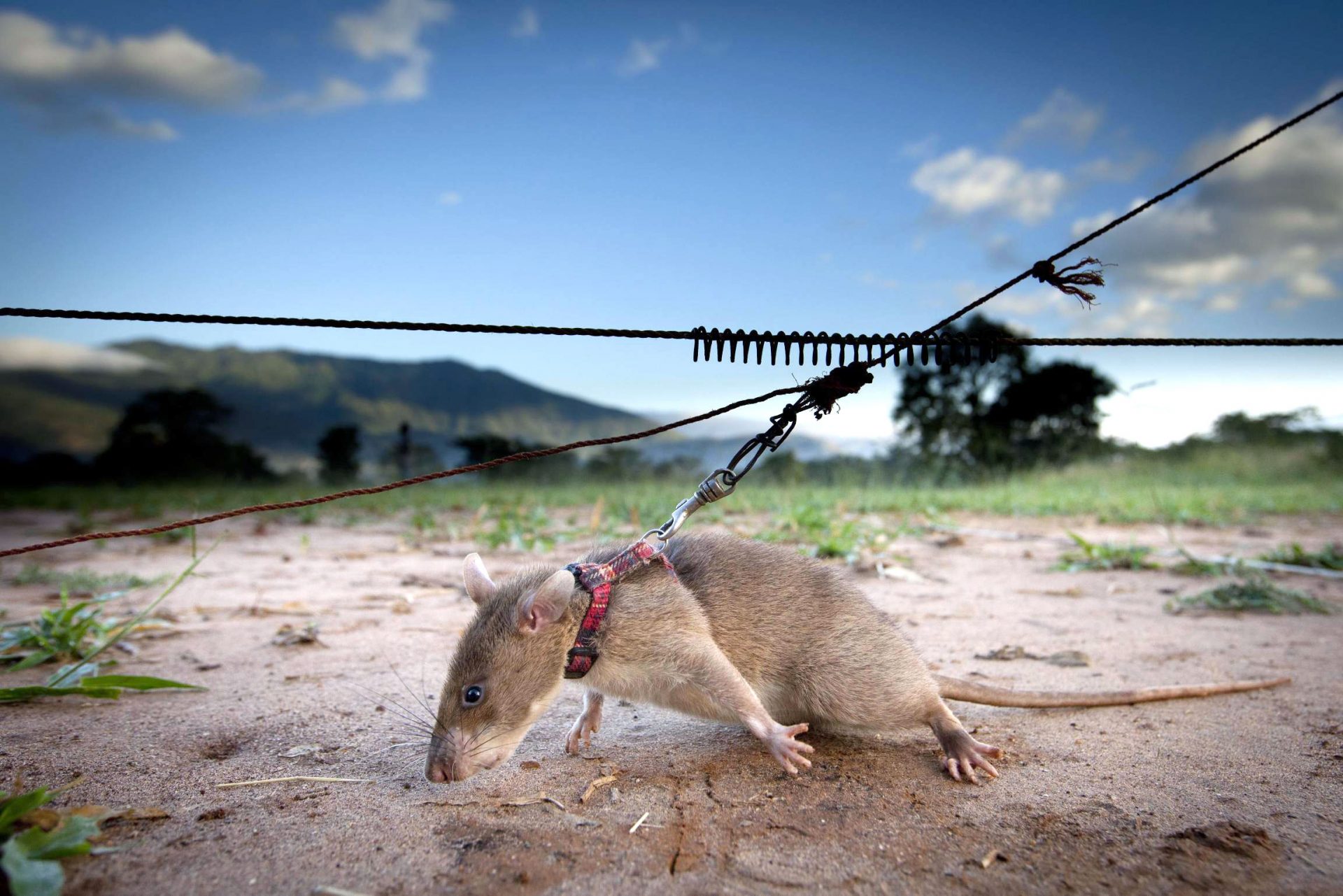 For years, demining operations here have consisted of groups of clearance specialists scoping the land with modern detection equipment. But before too long, a team of large rodents with a superior sense of smell could be soldiering the frontline of landmine clearance in Cambodia.

For the past year, the Cambodian Mine Action Center (CMAC) has been working with Belgian NGO Apopo—an organization that trains African Giant Pouched Rats in demining—in Cambodia’s northeast to survey some of the most heavily mined locations in the country.

Officially named Mine Detection Rats but affectionately known as “HeroRATs,” these highly trained, sharp-sniffing rodents can locate explosives by smell, meaning they can detect plastic mines, and unlike dogs, they are nimble and light enough to avoid detonating any explosives.

Although deploying teams of demining rats to combat the landmine crisis may seem an unlikely feat, these are no ordinary rodents.

According to Apopo, the African Giant Pouched Rat has an amazing sense of smell and is quick, intelligent and very trainable. The rats also have a long lifespan, of up to eight years, which is important when factoring in training costs.

Before deployment, the rats must undergo nine months of training at Apopo’s operational headquarters in Morogoro, Tanzania.

From a few weeks old they are “socialized” to become comfortable with human handlers. Over the next few months, the rats are trained using a process called “click and reward.”

“This is a process in which the click sound is established as a conditioned reinforcer associated with a food reward.

“Once the rat learns that click means food, it will now have to search for the target scent, TNT, to earn this reward,” Ms. Warren said.

To complete field training for an eventual Cambodian mission, the rats will first detect mines laid close to the surface in a small area, and gradually move toward searching for deeper mines across larger areas.

“They are rigorously tested with higher requirements compared to the International Mine Action Standards,” Ms. Warren said, adding that the HeroRATs program has been successfully operating in Mozambique for the past five years, and is also helping to clear huge swathes of countryside in Angola.

In 2011, Apopo set up its Mine Action Program in Thailand, and last year it partnered with CMAC to survey land affected by explosive remnants of war, including cluster munitions in northeastern Cambodia.

“I cannot say for certain what is the timeframe for the rats to arrive,” Ms. Warren said, “but hopefully it’s as soon as possible.”

These cost-effective, lifesaving rats could not arrive soon enough; funding for demining efforts in Cambodia has declined in recent years with attention shifting to war torn countries in the Middle East.

In Cambodia, landmines and unexploded ordnance have killed or injured 64,202 people since the Khmer Rouge regime was toppled in 1979.

And though there has been a significant drop in casualties, buried explosives still exact a steady toll on the rural Cambodian populace. Last year, more than 40 people died in mine explosions.

Heng Ratana, director-general of CMAC, said Apopo has been working with the government for the past year as part of its Baseline Survey projects to reclassify land, a process needed in order for clearance to go ahead. But he urged patience with the HeroRATs program.

“I know that there has been success with the rats in other countries, but each country is different, and in Cambodia, the HeroRATs program is at an early stage,” Mr. Ratana said, adding that integration trials and other tests need to be completed to determine the rats’ suitability.

“This isn’t just because they are rats,” he said. “Every new plan or piece of technology needs [to be] tested to ensure it is a viable and effective procedure for Cambodia.”