The country’s largely unregulated gas stations will soon be required to follow new safety rules aimed at preventing fires and explosions, according to a circular released last month by the Ministry of Mines and Energy.

“There have been many incidents of fires caused by explosions and burning of oil and gas [at gas stations], which caused the loss of property, injury and death,” says the 18-page circular, signed on November 28 by Mines and Energy Minister Suy Sem. 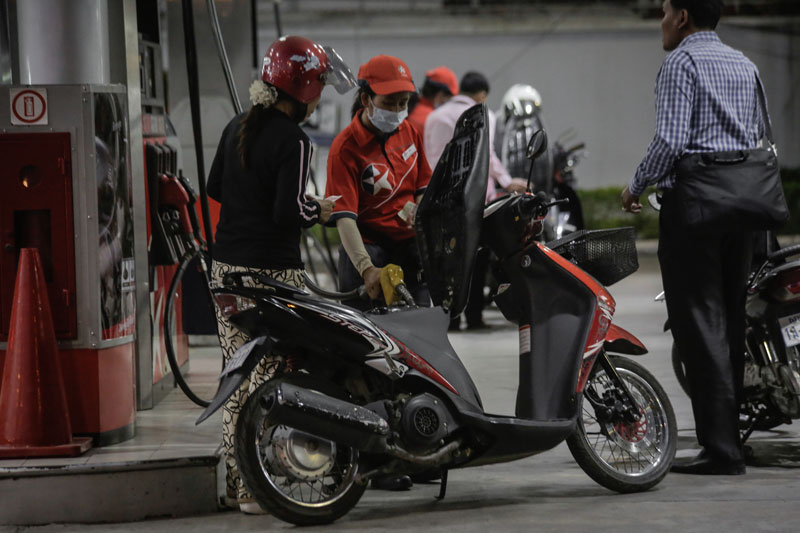 Keo Tourt, director of administration at the Mines and Energy Ministry’s general department of general affairs, said in an email that the ministry set up a working group that met with industry experts between May and November in order to create the new rules.

Mr. Tourt said the ministry was in the process of informing gas stations about the new regulations and that the rules would be enforced once station owners had time to make the necessary changes.

“Some gas station[s] may not yet…conform to our safety regulation,” he said. “We will give them a reasonable period of time to adjust any part of their station…to comply.”

Mr. Tourt said specifics about how many gas stations might be impacted by the new rules, or how station owners would be punished, had not yet been determined.

“For the moment, we are at the dissemination stage,” he said. “The assessment stage will come later.”

Cambodia’s gas stations are often set up on small properties in dense residential areas where homes come within meters of the pumps. But according to the circular, all stations must be constructed on plots of land that measure at least 375 square meters.

Gas stations must also bury their tanks—which cannot be bigger than 30,000 liters—underground, have at least 7 meters between each pump and keep their pump hoses no longer than 6 meters.

“It’s good that the ministry takes care of safety standards like this because people will be less and less worried,” he said.

“For example, some gas stations are unsuitably located and improperly installed with tanks,” he said.

Pav Choun, the owner of a small gas station in Tuol Kok district, said he might have to stop renting out a residential space next door if the new rules are implemented.

“For me it’s OK because I have more land that I just rent to other people next to my gas station,” Mr. Choun said. “To follow the circular, I will just stop renting.”

He added that while he agrees with the circular in theory, only newly opened stations should be required to follow it.

“It’s not good if it will also be implemented on gas stations that have been operating for a long time,” he said, explaining that expanding will prove impossible for many older stations.

Although the Mines and Energy Ministry did not have a total number of recent gas station accidents in the country, it provided a list of five fires at gas stations since January 2013.

One of those accidents, at a Sokimex station in Prey Veng province’s Kompong Trabek district in August 2013, occurred after a kitchen fire spread to the station, according to district governor Chan Ran.

Mr. Ran said the gas pumps and haphazardly placed fuel tanks were located directly in front of the house where the fire began.

“The gas explosion in the kitchen…ignited the gas outside the tanks until the whole station was on fire,” Mr. Ran said, adding that he had just received and disseminated the new gas station regulations.

“If the fire had not been stopped fast and on time, another gas station next to that gas station would probably have caught fire, too,” he said.