A scathing report by the Asean Parliamentarians for Human Rights (APHR) accusing the Cambodian government of threatening the country’s entire political system was branded “outrageous” and factually incorrect by the Foreign Affairs Ministry on Wednesday.

Released on Monday, “Death Knell for Democracy: Attacks on Lawmakers and the Threat to Cambodia’s Institutions” offers a bleak assessment of the current political situation, accusing the CPP of using “violent mobs to carry out its goals” of intimidating dissenting voices. The result was a climate of fear with individuals afraid to speak out, it says.

The report also calls for recent amendments to the Law on Political Parties, which gave the government and courts sweeping new powers to dissolve parties, to be scrapped.

In response, the Foreign Affairs Ministry on Wednesday released a statement slamming the “outrageous” report, saying “the incredible assessment contained in APHR’s report reflects only the dark concept of a few individuals who have not let facts get in the way of making their wild allegations.”

The government has “made great efforts in protecting and promoting democracy, human rights and rule of law in Cambodia,” it said.

The ministry also asserted that “nothing in the amended Law on Political Parties is threatening the fabric of a multiparty system,” and that it was simply “aimed at preventing abuses that are not in accordance with fundamental democratic principles.”

The statement claimed that the alleged involvement of Phil Robertson, the deputy Asia director of Human Rights Watch, whom it refers to as a person “well-known for his anti-Cambodian Government rhetoric,” proved the “pre-determined goal” of the report.

Contacted via email, Mr. Robertson said his organization had “no involvement in the research or writing” of the report and branded the ministry’s rebuttal “pathetic.”

“[The ministry’s] comment is just the sort of classic ‘shoot the messenger’ response that they roll out when they know their rebuttal is going to fall flat,” he said.

“They know, but can’t admit, that the government’s campaign of intimidation, trumped up charges, and now a rights abusing law authorizing suspension or dissolution of political parties flies in the face of its obligations under the UN Convention on Civil and Political Rights,” he said. 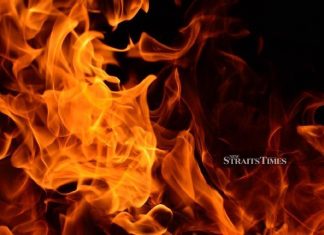 A judge’s order comes too late for one Cambodian man