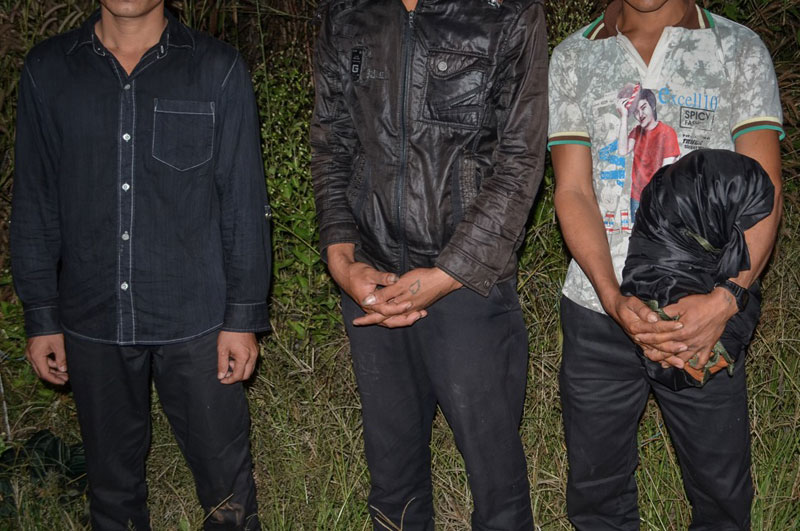 Less than a week after the arrest and deportation of 36 Montagnard asylum seekers in Ratanakkiri province, the interior minister on Tuesday recognized 13 others in Phnom Penh as refugees, the ministry’s spokesman said.

The spokesman, Khieu Sopheak, said Interior Minister Sar Kheng signed off on the applications of the 13 Montagnards on Tuesday afternoon, formally recognizing them as refugees.

“Deputy Prime Minister Sar Kheng approved that the 13 people should be provided with the status of refugees,” General Sopheak said.

“We are working with UNHCR to resettle them with a third country,” he added, referring to the U.N.’s High Commissioner for Refugees.

Vivian Tan, regional press officer for UNHCR, said Cambodian authorities had told her office they were recommending the 13 Montagnards be recognized as refugees.

“UNHCR will discuss the next steps with the government in order to find the most suitable solution for this group,” Ms. Tan said in an email.

Gen. Sopheak said his ministry had also contacted the U.S. Embassy to talk about resettlement of the 13, and was waiting for a reply.

Asked whether the U.S. Embassy was discussing resettlement with the ministry, embassy spokesman Jay Raman declined to answer the question.

“The United States remains deeply concerned about the protection of asylum seekers and vulnerable migrants,” he said.

However, Kerm Sarin, director of the Interior Ministry’s refugee department, said Tuesday evening he had not yet recommended that the 13 Montagnards be recognized as refugees.

“But if His Excellency Khieu Sopheak said this, he is right because he is the spokesman,” he said.

Mr. Sarin added that he could not provide details about the case of the 13, because it could put them at risk.

“The 13 people fled from their country to seek asylum, so we should hide information to keep them safe,” he said.

Contacted earlier in the day, Mr. Sarin said he was unable to speak because he was in a meeting with the U.S. Embassy.

Denise Coghlan, head of the Jesuit Refugee Service in Phnom Penh, said the government had two options now that the 13 had been recognized as refugees.

“They could integrate them into Cambodian society, possibly near other Jarai,” Ms. Coghlan said. “And the other option is to help them get resettlement.”

“Normally [in Cambodia], refugees seek sponsorship in another country where they might have friends or family, then they are interviewed by that country,” she added.

The 13 Montagnards—an indigenous group from Vietnam’s Central Highlands—arrived in Ratanakkiri in late October, fleeing what they said was religious and political persecution by the Vietnamese government.

Aided by ethnic Jarai villagers in O’Yadaw and Lumphat districts, the Montagnards evaded numerous attempts by local authorities to arrest and deport them.

Provincial authorities blocked a U.N.-Interior Ministry mission three times before it was able to reach the group in late December. The U.N. then transferred all 13 to Phnom Penh and handed them over to the ministry’s refugee department.

Beginning in early January, about 60 more Montagnards crossed into Cambodia in separate groups. Only 10 made it to Phnom Penh, where they are still waiting to apply for asylum.

According to the U.N. and local villagers, 36 of those Montagnards were arrested and deported to Vietnam last week while attempting to reach the capital.

On Monday, however, the provincial police chief denied that they were apprehended.

Chhay Thy, provincial coordinator for rights group Adhoc, said a local Jarai guide was arrested along with the 36 and that his whereabouts were unknown.

“The Jarai man is still missing and we are now continuing to investigate,” Mr. Thy said Tuesday.

A Jarai villager, who requested anonymity for fear of reprisals, said there were still 13 Montagnards hiding in O’Yadaw district.

The villager, who has helped all of the Montagnards that have crossed into the province since October, said Tuesday he was relieved to hear that the 13 in Phnom Penh had been recognized as refugees.

“I won’t have to worry about their safety anymore,” he said. “I think the 13 [in Phnom Penh] will be able to live now, because if authorities had arrested them and sent them back to their country, they could have been killed.”