The Ministry of Land Management has instructed officials across the country to stop any construction projects that encroach upon public land, just a few days after Phnom Penh municipal authorities, at the urging of the prime minister, ordered NagaWorld Casino to halt a controversial expansion.

In a letter signed by Land Management Minister Im Chhun Lim, dated Tuesday and obtained Wednesday, provincial and municipal governors are ordered to remove any construction that illegally impedes access to public areas, including roads and sidewalks. 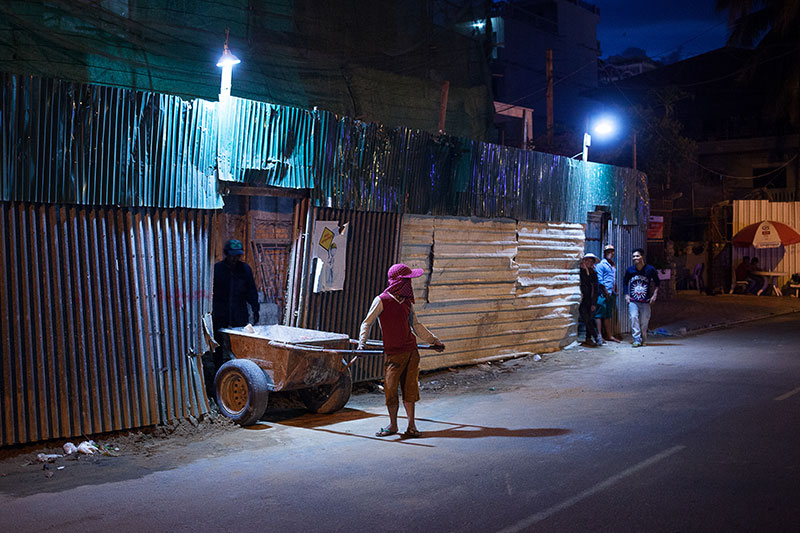 “There have been individuals and companies…abusing the public land such as public roadsides and public gardens,” said the letter, which cited Prime Minister Hun Sen’s recent remarks on the subject.

“[S]uch actions have affected beauty, public order and public safety in municipalities and provinces in the Kingdom of Cambodia,” it added.

A spokesman for Phnom Penh City Hall said on Friday that the decision to suspend NagaWorld’s construction of an underground parking lot, which has been ongoing for more than a year, followed an inspection of the site by Mr. Hun Sen the day before.

In a post to his official Facebook page on Sunday, the prime minister said the casino’s expansion efforts had “abused” state land and “affected” the adjacent Buddhist Institute, which has been hemmed in by the construction.

“Construction that has abused and exploited the public roadside land and public gardens must be removed immediately. And concerned local authorities and relevant ministries must be responsible,” the post said.

Contacted Wednesday, Preah Sihanouk provincial governor Yun Min said he had seen Mr. Chhun Lim’s letter, and that his officials had been battling illegal construction on state land for more than a month already.

“When Samdech Prime Minister delivered a speech…against expanding construction onto public land, it made us more proud to continue our work in combating such illegal activities,” he said, referring to remarks delivered by the prime minister at Phnom Penh’s Wat Botum Park immediately before last week’s visit to NagaWorld.

A construction foreman interviewed Wednesday at a building site in Phnom Penh’s Chamkar Mon district said he would heed any order by municipal authorities to remove construction materials from public areas—including removing a pile of bricks and sand that obstructed a lane of traffic on the narrow street and a makeshift fence blocking the sidewalk.

“I will follow their orders because it is the state property,” said the foreman, who declined to be named.

He added, however, that while municipal authorities had previously instructed his crew to keep sidewalks and roads clear, it was often difficult to avoid expanding onto public land given the urban setting.

“It is necessary to rely on some parts of the sidewalk because the space is tight,” he said. “If we put our equipment too far away, it will waste time.”