Less than 2 percent of Cambodian women currently wed in China went through the legal application process before leaving the country, an official revealed on Monday, making them likely victims of human trafficking under Cambodia’s broad definition of the crime.

Only 100 of the 7,000 Cambodian women that Chinese authorities say have married men in China did so legally, said Chou Bun Eng, secretary-general of the Interior Ministry’s committee to fight human trafficking and sexual exploitation. 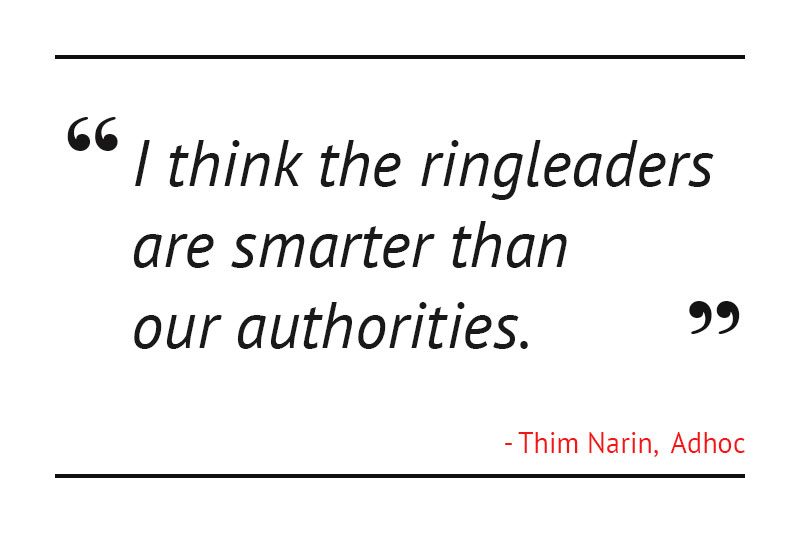 “So far, there are only 100 people who legally married Chinese men,” she said on Monday, following a meeting about the issue with Chinese authorities last week. “But when we asked Chinese authorities, they said they did research and found about 7,000…families with Khmer wives.”

“It means they did not go through the legal procedure, but they went to get married in China,” she added.

During the three-day conference in Siem Reap City, Cambodian officials and their counterparts in China’s Ministry of Public Security approved a mutual agreement on prevention, rescue and investigations related to human trafficking, pending the approval of “top leaders” of each country by the end of 2016, she said. Specific action plans will be discussed in 2017.

The problem is being propelled by a lack of jobs for poorly educated women in Cambodia and an ever-increasing disparity of marriage-age men to women in China, created by the one-child policy and cultural male preference, the U.N. Action for Cooperation Against Trafficking in Persons (U.N. Act) said in a report released last week.

Cambodian women are often targeted by brokers with empty promises of better paying jobs or wealthy husbands, the report says, only to be trapped in unwanted marriages upon arriving in China, threatened with arrest for improper documentation or stuck with large transportation debts.

For the estimated 6,900 women potentially in this situation, “we want to discuss with China how they can provide them with legal protection,” Ms. Bun Eng said.

Women’s rights advocates, however, doubted that any new plan would improve the situation. The two countries “have not been effective” in curbing trafficking thus far, said Thida Khus, the head of women’s rights group Silaka.

She said a lack of human and financial resources in Cambodia, as well as strictly regulated nongovernmental organizations in China, have prevented women from receiving sufficient help in escaping unwanted marriages.

Unless Chinese NGOs working for these women have the legal background to support their rights, it will be very difficult for the Cambodian government to do anything, Ms. Khus said. “I don’t have a lot of hope for any kind of improvement.”

According to the U.N. Act report, based on interviews with 42 women who had been trafficked as brides to China, local Chinese officials and Cambodian Embassy officials were often unable or unwilling to provide women with support in getting home, and NGOs in China offered little help.

Without arresting the brokers recruiting brides, any effort to rescue women from trafficking would be futile, according to Thim Narin, who works on women’s issues for rights group Adhoc in Kompong Cham province—a hotspot for bride trafficking.

The effort is “too late and not effective, because they have identified ringleaders, but until now they seem to be free,” she said of brokers. “The ringleaders had experience in trafficking Cambodian women to Malaysia, but when authorities could not arrest them, they continued to traffic women to China.”

“When they make the agreement with China, they will change their target to [Saudi] Arabia,” Ms. Narin added. “I think the ringleaders are smarter than our authorities.”

Prime Minister Hun Sen banned Cambodian women from going to work as maids in Malaysia in 2011, amid widespread reports of abuse by their employers. However, the government says it is in the final stages of a deal to reopen the route to Malaysia, and is in separate talks to send maids and laborers to Saudi Arabia, which is also rife with reports of migrant worker abuse.

In the first six months of the year, according to Ms. Bun Eng, China assisted in repatriating 15 women trafficked as brides, despite no legal framework being in place, and Cambodian officials were able to halt a number of cases through heightened checks at airports.

Just Monday, the Ministry of Foreign Affairs released a statement announcing the repatriation on Friday night of one woman from Jiangxi province in southeast China and two from the eastern Anhui province.