Four staff members were injured in an explosion at the Hong Inn re­pair shop in Phnom Penh’s Pur Senchey district on Wednesday afternoon when a gasoline transport truck exploded as they were doing maintenance work on it.

Deputy district police chief Touch Phorn said the ex­plosion occurred while workers were welding what they thought was an empty PTT company gasoline truck, adding that the blast blew a hole in the ceiling. 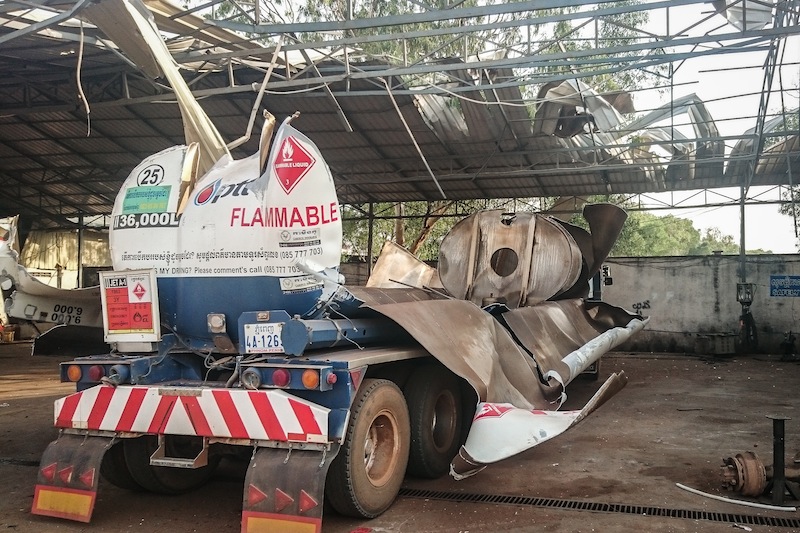 “While the tanker’s pump was being welded during main­tenance at the garage, it may have become too hot, making the tank explode,” he said.

The garage on National Road 4, where PTT and To­tal tankers were undergoing repairs, is just 500 meters away from the Khmer Rouge tribunal.

The explosion, which occurred at 3:25 p.m., shook the walls of the courtroom and briefly disrupted proceedings.

In ad­dition to destroying the truck, the blast also left pieces of the garage’s me­tal roof scattered across the compound and shattered the windows of a nearby office.

The four workers injured in the blast were treated for mi­nor injuries at the Chom Chao Polyclinic near the garage.