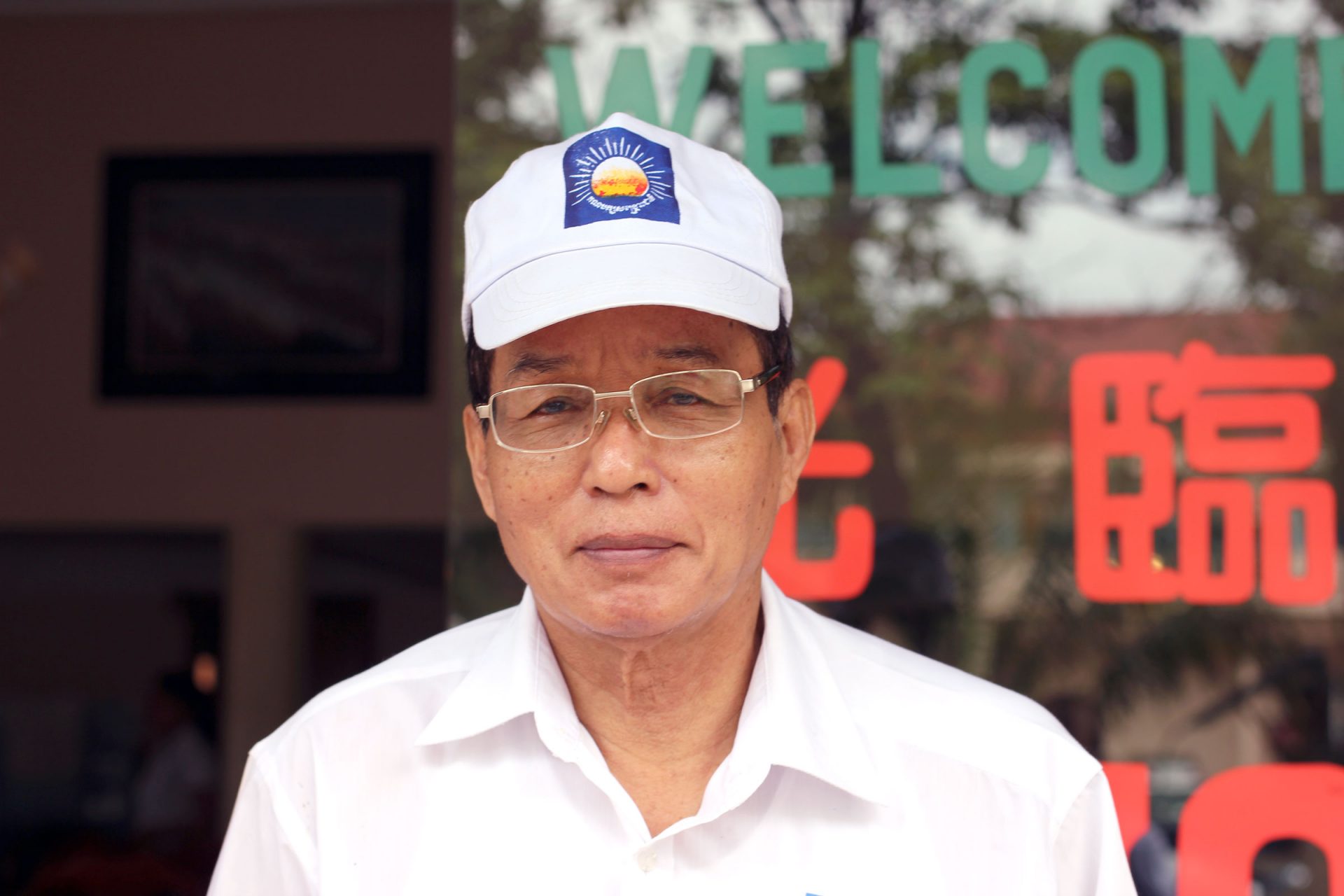 When the National Assembly forms after this month’s election, Pen Sovann—Cambodia’s first prime minister after the fall of the Khmer Rouge in 1979, and a man imprisoned in Hanoi between 1981 and 1991—may well be seated close enough to stare down the man who he believes betrayed him three decades ago.

Mr. Sovann, whose life tracks modern Cambodian history from the anti-colonial Issarak movement of the 1950s to the Salvation Front that overthrew the Khmer Rouge in 1979, is running as the opposition Cambodia National Rescue Party’s (CNRP) top-listed candidate in Kompong Speu province.

And he expects to win.

“There are eight seats and only one me,” he said Wednesday. “How could I not win?”

Mr. Sovann said that his move is simply a continuation of his already storied political career, and that he is still focused on reducing corruption and ending illegal Vietnamese immigration to Cambodia.

“As I am patriotic and want to protect the country’s land, they imprisoned me,” he said, referring to his exile in 1981, which was triggered by his calls for the withdrawal of Vietnamese forces after the Salvation Front formed a government in Phnom Penh in 1981.

“Whenever I talk about this story, people shed tears,” he said.

“[Nowadays, Vietnam’s government] makes the government grant land concessions to the Vietnamese, and they do not even use Cambodians to work on their concessions,” he added.

While Prime Minister Hun Sen—whose youngest son, Hun Many, is also running for a seat in Kompong Speu—has long campaigned on having toppled the Khmer Rouge regime, Mr. Sovann said Wednesday that he had been the true founder of the anti-Pol Pot movement and drew a parallel between that period and the situation today.

“[When] the Cambodia Na­tional Rescue Party formed, I joined the party to rescue the nation again,” he said. “The CNRP is rescuing the country from the ab­solute power regime, from Vietnam’s hand, and from corruption.”

Mr. Sovann said that he was looking forward to serving as a lawmaker or as Kompong Speu provincial governor under a CNRP government.

He also claimed that upon his return to Cambodia in 1992, after a decade of house arrest in Hanoi, he had almost rejoined the CPP after elements interested in his popularity approached him to join.

“When I first arrived, [CPP Senate President] Chea Sim contacted me first. He said: ‘I’d like to thank you for giving me a leadership position in the government…. Now that you’re out of prison, we’d like you to join the CPP,’” Mr. Sovann recounted.

“They held a permanent member meeting, and [Mr. Hun Sen] said no because if they let me in I would fight against the Vietnamese again,” he said.

In 2008, CPP National As­sembly Chairman Heng Samrin, who served as head of state during Mr. Sovann’s brief premiership in the early 1980s, said that the CPP had little interest in Mr. Sovann. “There is no benefit to the CPP if he defects,” Mr. Samrin said at the time, referring to his former colleague’s role in the Human Rights Party.

Mr. Sovann confirmed Wednesday that Mr. Hun Sen’s reported presumption that he would have moved to expel Vietnamese people was ac­curate and added that he would also have restructured the party leadership and economic policies.

Yet he also stressed that, having married a Vietnamese woman while in exile in Hanoi, he was nevertheless careful not to mix his political views and his personal life.

“I divide that clearly. The nation and my individual self are very clear,” he said. “In short…[the Vietnamese] make good food, so I admire them. I don’t like the people but I like the food.”

“If you talk about them coming to our country, though, that’s a different thing,” he added.