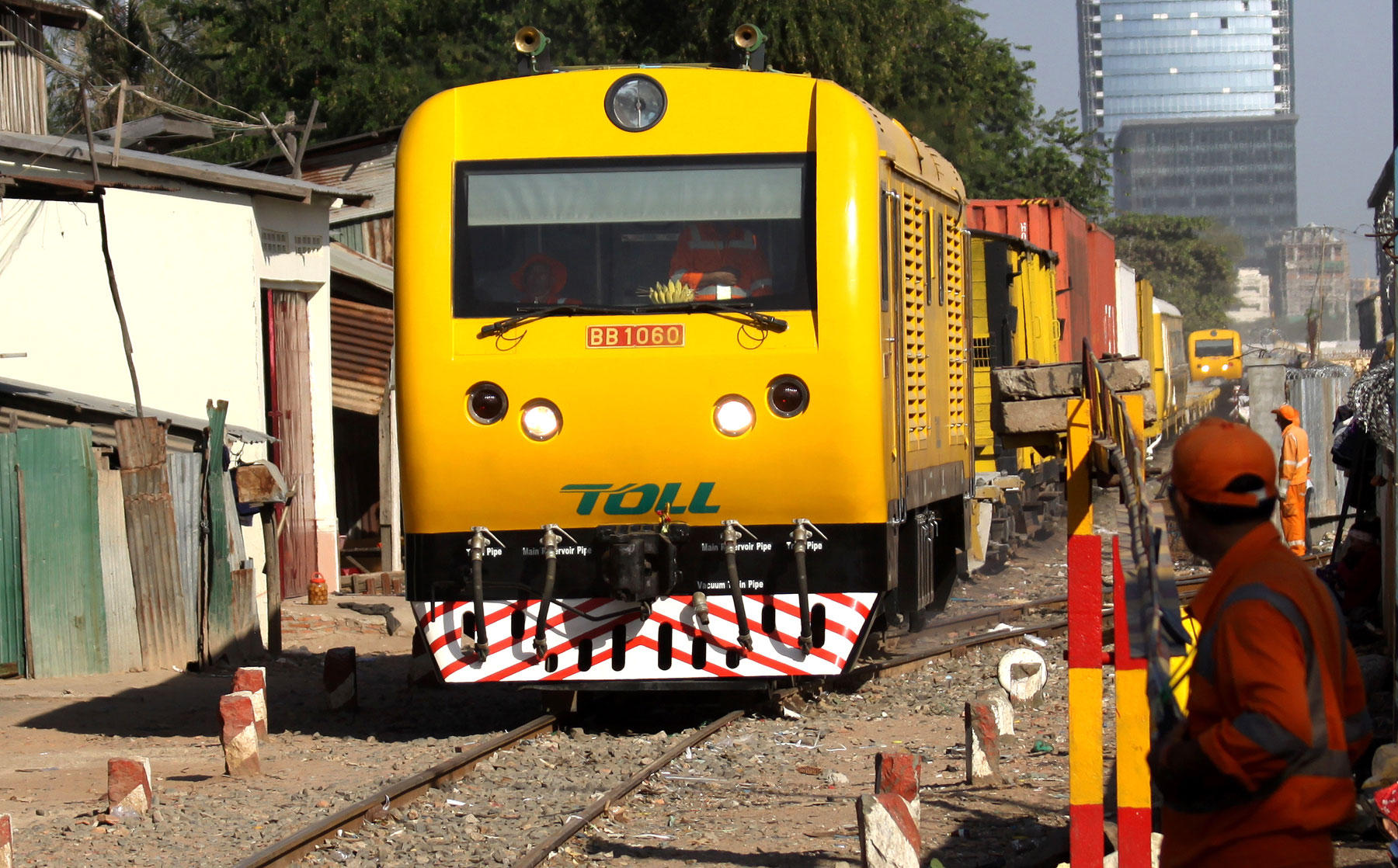 The first cargo train between Phnom Penh and Sihanoukville’s port ran on Friday, marking the beginning of a route that it is hoped will decrease reliance on the road network to transport goods to the coast.

A test train, loaded with empty cargo containers, left the station in Phnom Penh for the first time down the 256-kilometer Southern Line—the first part of the rail network to be fully restored.

Toll Royal will begin running trains three times a week to the port carrying goods including rice, garments and rubber for export, he said.

He said that once permission from the customs department has been obtained, hopefully this week, trains could carry up to 128 containers, which are about 6 meters long.

The project has received $141.6 million of funding, according to the Asian Development Bank (ADB), the largest contributor, which has provided an $84 million loan for the plan.

Other funding has been provided by the Australian government, the Organization of the Petroleum Exporting Countries, Malaysia and the Cambodian government.

In a statement Friday, the ADB said that by reducing reliance on trucks to transport goods, the new service would help to lower the cost of commodities, minimize heavy road traffic and boost the economy.

In March, Australian firm Toll Group, which has partnered with local conglomerate Royal Group to operate the railway once it is restored, suspended a service that was then bringing cement from Kampot province to Phnom Penh, which was not proving profitable.

The move raised questions about the project’s future, which will only partly be answered by Friday’s launch of the new line.

Transportation Minister Tram Iv Tek said on Friday that there was still a shortage of funds to complete the difficult restoration of the 337-km Northern Line, which would provide a vital link between Phnom Penh and Poipet City on the Thai border.

“Some ADB funding is left, but it won’t be enough for the whole project if we want a high quality railway,” Mr. Iv Tek said.

The ADB said in its statement that the line was “expected to be opened in several phases between 2014 and 2015.”